The Liberal wing of Habayit Hayehudi opposes the deal between their party leader, Education Minister Rabbi Rafi Peretz, and Otzma Yehudit led by Itamar Ben-Gvir, Srugim reported Saturday night. In response, Habayit Hayehudi members are collecting signatures to protest the move and demand it be cancelled. If not, they say, they would convene the party’s central members, and demand to hold primaries.

In the petition, the opposition against Peretz within Habayit Hayehudi claims that that the Otzma deal was made behind MK Moti Yogev’s back, who was updated about it only a few minutes before the signing. They also accuse Peretz of being a “one-man party,” concerned only with keeping his Knesset seat.

Following the Saturday night meeting of the Habayit Hayehudi opposition, on Sunday they sent a letter to Rabbi Peretz signed by 30 deputy mayors and municipal council members, laying out their conditions for the implementation of his agreement.

The opponents demanded to negotiate with Transport Minister Bezalel Smotrich’s National Union party, arguing that this [party] is “our sister, it wouldn’t be right without them.” They also called for the ratification of the Otzma agreement by the Habayit Hayehudi central committee in time, and not delay it and then use the pretext that there is no time to debate it. Finally, they called for primaries to decide the next party chairman.

Meanwhile, Army Radio reported Sunday that Smotrich approached New Right co-leader Ayelet Shaked saying he would prefer to run with her party in the March 2 elections rather than with Habayit Hayehudi. Kipa suggested this was Smotrich’s response to being snubbed by Peretz and Ben-Gvir, who started their honeymoon behind his back, too. The Smotrich camp has denied this allegation.

A Smotrich – Shaked – Bennett front could siphon the Religious Zionist vote from Habayit Hayehudi and Otzma, pushing them into the precipice below the 3.25% vote threshold. However, just as Smotrich and the Liberal faction in Habayit Hayehudi are leery of a run with the “Kahane tainted” Otzma Yehudit, so are Bennett and Shaked leery of running alongside a zealous religious Zionist such as Smotrich.

For a deeper understanding of these entangled relationships we recommend reading Jean-Paul Sartre 1944 existentialist play “No Exit.”

In the very recent past (feels like only a few hours ago), Smotrich and Shaked were considered close associates and even collaborated to promote aggregate primaries of all the religious Zionist forces. Peretz objected because he feared he was in the unique position to score very low in such a vote, well behind his more charismatic competitors.

Last Wednesday, Smotrich called for those inclusive religious Zionist primaries according to the following principles: True unity, no temporary zipper connections but a full and true connection here and now; let the voters choose the leaders, not the party insiders; and opening the door to anyone who identifies with the way and values ​​of religious Zionism, while closing the doors set up by politicians who cynically exploit bylaws and mechanisms to get their way.

At least for the moment, Rabbi Rafi Peretz seems to have decided to turn his back on these principles and prefers a fast electoral solution in his union with Itamar Ben-Gvir. 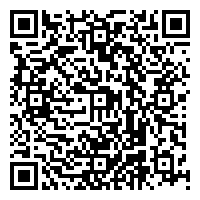