Jack M. Lew, President Obama’s frum former chief of staff and budget director, and now his nominee to head the U.S. Treasury, will face the Senate Finance Committee Wednesday at the formal vetting stage prior to confirmation.  Until several days ago, the nomination seemed to be a slam dunk.

One of President Obama’s pet peeves has long been tax advantages for the wealthy.  In 2007, when Obama ran for president the first time, one of his favorite targets for vitriol was “overseas tax havens,” in places like the Cayman Islands.  And guess who had close to $100,000 in assets socked away right there in the Cayman Islands? Lew.

While he was president, Obama railed against a specific five-story building on Grand Cayman Island called Ugland House, which nearly 12,000 businesses claim as the address of their corporate headquarters.  The Cayman Islands is a tax-free jurisdiction in which corporations can be “housed,” at least on paper, thereby enabling those companies and wealthy individuals to avoid paying U.S. taxes.

In 2008 the Senate Finance Committee held hearings on Ugland House. The Committee chair, Sen. Max Baucus, explained the committee was “concerned that U.S. taxpayers are creating offshore business entitles solely to evade their U.S. tax obligations, [and] seeking to confound I.R.S. collection efforts by obscuring the true ownership of American assets or income.”

In 2009 Obama said, “for years, we’ve talked about shutting down overseas tax havens that let companies set up operations to avoid paying taxes in America.  About Ugland House, he said, “either this is the largest building in the world, or the largest tax scam in the world.  And I think the American people know which it is.  That’s the kind of tax scam that we need to end.”

But according to The New York Times, as recently as 2010, Jack Lew had invested money in a CitiGroup venture capital fund whose address was Ugland House, Grand Cayman Island.  And based on Lew’s tax filings in 2009 and 2011, he had as much as $100,000 in such investments.

Senator Charles Grassley (R-IA) is fuming.  He called it ironic that Obama’s nominee to head the Treasury Dept., someone who has been, according to reports by conservatives, “inflexible” about spending cuts, benefited from the very offshore tax shelters Obama has repeatedly attacked.  That, and the fact that the IRS is located within the Treasury Dept. and the long arm of the IRS is what gets blocked by tax shelters such as the one provided by  Ugland House.

A White House statement issued in response to this latest controversy, pointed out that Lew sold off his investments in the Cayman Islands based fund, and “he paid all of his taxes and reported all of the income, gains and losses from the investment on his tax returns.”

The Times revealed that although Lew had previously worked for the administration, it was not until 2010, after he was confirmed as director of the Office of Management and Budget, that Lew fully divested from the Ugland House CitiGroup fund.  Investments in those funds are not for the short-term, and the sale cost Lew more than $50,000.

Obama and Lew supporters are pooh-poohing the offshore tax shelters issue, especially given that the information was available when Lew went through prior confirmation hearings, albeit for non-Cabinet positions.

And at least one other Treasury Secretary, former CEO of Goldman, Sachs Henry Paulson, who served under President Bush, had extensive financial holdings in the Cayman Islands.

On the other hand, Republicans were not the ones vilifying “the rich” for trying to evade paying U.S. taxes through legitimate ventures, while the Democrats have practically raised that criticism to an art form.

Which brings up a likely ally – if they want to avoid being called hypocrites – for the Republicans who want the Ugland House tax shelter issue to be raised at the hearing: the radical leftist street theater group, Code Pink, and one of their close uber-leftist allies, The Nation. 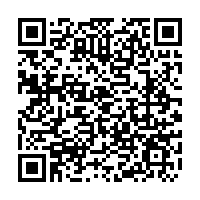