5774 started off as a year of division and disunity in Israel and among Jews in general. We saw mushrooming global antisemitism. And we saw the rise of true evil in various guises.

5774 ended with massive and unequivocal displays of Jewish unity. The year ended with victory in war – even if the enemy can’t comprehend that they lost. It ended with some decisive wins over global antisemitism as well as some astonishing successes against the evils that attacked us.

We learned the true faces of our fellow Jews and world travelers, when they either stood unambiguously with Israel, or alternatively conferred their support and sympathies onto our enemies.

There was no middle ground this summer. Recognizing who stands on which side of the moral divide became transparent to all.

5775 brings with it some difficult challenges for Israel and the Jewish People.

One of our biggest tasks will be to maintain our unity, especially if the more insistent external challenges diminish.

We are less worried about the unresolved challenges we face in religion and politics because they have been placed in better perspective, partly due to the summer’s experiences. We only hope the activist Israeli Supreme Court will not choose to meddle in issues that need to be decided democratically.

But the very fact that our unity has shown the world and our enemies, both internal and external, that Israel and Jews can overcome anything if we stick together, is exactly why maintaining this exceptional unity will difficult.

Individuals and organizations that try to undermine and demoralize us, particularly those acting most deviously, will pose a major threat that we will need to recognize and repel.

We suspect the Jewish identity of Israel will be a target this year, more-so than ever. And those enemies will try to chip away at it from every direction.

Antisemitism is on the rise in Europe as well as in the United States, and it isn’t going away.

It’s more open now. It is more dangerous and violent and not ashamed to show its face, be it on social media sites, on US campuses or in the real world.

The instability of Israel’s neighborhood is cause for concern, but if we firmly protect our borders while continuing to aid those innocents around us, as we have been doing, we should be OK. We would like to see more open support for the Kurds in their just quest for an independent  state.

It is bad that Iran is still making progress in not just acquiring genocidal nuclear weapon capabilities but in being diplomatically rehabilitated without having to actually change.

ISIS, which is just as evil as the Iranian regime, is spreading its wings through the Middle East and beyond, as it attracts followers in the West.

The bottom line is that Islam, or radical Islam if that’s more comfortable for you to say, appears to be the challenge all good people will need to face this coming year.

BDS has proven to be failure at the local activist level, but the concept has shown to be a potentially existential threat to Israel when instigated at governmental levels. Solutions for that will need to be found and implemented.

For JewishPress.com, 5774 was a year of massive growth, as we transformed into one of the top-tier online Jewish/Israeli newspapers, and painfully learned the ins and outs of massive-level server scaling.

Our advertisers appreciated the benefits and results we provided them via our well-defined, Jewish and Israel-oriented audience. And for you, our readers, we plan to continue providing relevant, useful and interesting advertising.

It was also a year of significant internal changes, some good, and some… less so, as we discovered the limits of our power and capability to change the problems in the Jewish world around us.

We look forward in 5775 to unflinchingly advocating and educating for Israel, Jewish values, the Torah and the Jewish people – to tackle challenges both the known and unknown.

We have exciting changes, improvements and additions planned for the website and our content that we plan to roll out through the course of the year. As always we listen to your feedback when we plan our changes.

We have our work laid out for us, and our sleeves are rolled up, ready to take it all on – “after the holidays.”

As we prepare now for Rosh Hashana, the staff of JewishPress.com want to wish you, our readers and your families, a Shana Tova – a good, happy and healthy new year.

Shana Tova to us all. May it be a year of peace, health, happiness and growth. 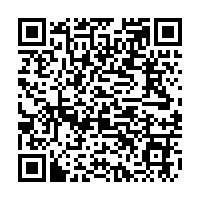