A Jewish civilian was stabbed by a Palestinian terrorist near Ma’aleh Levonah.

A group of residents from the town of Ma’aleh Levonah went down near the Arab village of Khan Luban to photograph and document the illegal land grab and construction that was occurring near their town.

A group of Palestinians then attacked them with stones, axes and knives.

One of the Jews was stabbed in the chest. He was evacuated to the hospital.

The army captured the Arab terrorist who stabbed the man. 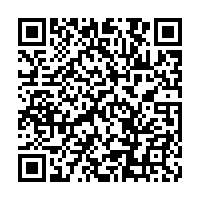