Deputy Director General of the Tel Aviv-Yaffo Municipality Ruby Zoff hosted a visit of the Knesset Internal Affairs and Environment Committee during its tour of south Tel Aviv on Sunday, telling them, among other things, that several motions to close thirteen churches belonging to the migrant community in south Tel Aviv have been filed.

Committee Chairman MK David Amsalem (Likud) said he would convene the committee at the beginning of the Knesset’s summer session to discuss issues related to the south Tel Aviv residents’ objection to African migrants living in their neighborhoods. “This is a complex problem,” he said. “I was amazed to learn that in the past the government brought busloads of migrants to [south Tel Aviv], but now that they are here, both the government and the municipality should be part of the solution. This is a severe civil problem.”


During the tour, MK Tamar Zandberg (Meretz) said “There are five MKs here from the ruling party. How can it be that the State of Israel has for years been ignoring its backyard, which has become a national disaster area?” She argued that the government should have prepared a “national recovery plan” for south Tel Aviv. “This is the result of a deliberate policy of neglect,” Zandberg said.

MK Yael German (Yesh Atid) called to resolve the issue by “investing in the neighborhood and in the refugees,” while MK Amir Ohana (Likud) said, “I have been following this struggle for years. The residents here are really going through hell. People here are afraid to leave their homes. Eighty percent of the violent acts here, mainly robberies, are committed by infiltrators. I call upon the Interior Ministry to examine the issue.”

MK Oren Hazan (Likud) said, “People are trying to protect [the migrants] under the pretext of human rights. Do the residents of Tel Aviv not have rights? This is a disaster-stricken area. I say to the Prime Minister: You have taken a huge step with the [Egyptian border] fence, but that was just the beginning of the process.”

Attorney Igal Ivri, who represents the residents of south Tel Aviv pro bono, said, “We are taking action against the municipality’s initiative to designate three or four buildings for daycare centers and educational centers for children of infiltrators – without consulting the residents. We are taking legal action.”

Emanuel Yemini, a migrant, said: “I also live in the neighborhood. I, too, am a human being. There are 50,000 people here like me. How can the state know who is a refugee and who is a work migrant? The government should check each and every one. I live here because here I can live on 1,000 shekels ($250). If were given refugee status and were able to work, I’d live in Herzliya and pay 3,000 shekels ($750). I am a human being. I deserve education and health.” 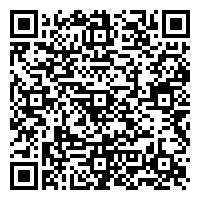