An ancient necropolis that held as many as 100 tombs from 4,000 years ago has been discovered near Bethlehem in Judea and Samaria, Live Science reported. The site was first spotted in the spring of 2013, during the construction of an industrial park. In 2014, a team from the PA Ministry of Tourism and Antiquities excavated some of the tombs, and in 2015 a joint Italian-PA team surveyed the necropolis and created a plan for future exploration. The archaeologists found that the necropolis covered more than 7 acres and originally contained more than 100 tombs between 2200 and 650 BCE — roughly the time of the first Israelite kingdom.

Located on the side of a hill, the archaeological site — now called Khalet al-Jam’a — was likely a burial ground for biblical Bethlehem. The site’s “long-lasting utilization, over a millennium and a half or more, and the large number of tombs, suggest that Khalet al-Jam’a was the necropolis of a major settlement in the area, possibly a town,” Lorenzo Nigro, professor at Rome’s Sapienza University, wrote in an article published recently in the journal Vicino Oriente.


Nigro said that finds from the necropolis indicate that the settlement was a wealthy place, with access to trade routes, citing biblical texts that refer to the town of Beit Lekhem in Judea, birthplace of King David.

The necropolis was partly destroyed over the years by looting and construction, but the archaeologists were able to identify at least 30 tombs. “The necropolis of Khalet al-Jam’a is mainly characterized by shaft tombs with single or multiple rock-cut chambers,” the team wrote in another paper published in Vicino Oriente, noting that the builders enlarged and renovated natural cavities on the hillside.

In one tomb, the remains of a man, woman and child were found buried with two bronze daggers and a variety of ceramics, including twin vases attached together. Archaeologists dated the tomb to the Middle Bronze Age, more than 3,500 years ago. Another tomb at Khalet al-Jam’a contained an almost complete male skeleton buried with a ceramic lamp that had four sides folded into spouts. Archaeologists said this particular tomb may date to an earlier point in the Bronze Age more than 4,000 years ago, Live Science reported. Another tomb contained two Egyptian-style amulets, known as scarabs, mounted on rings made of bronze or gold. The scarabs date to the 13th dynasty of Egypt (1802 BCE to 1640 BCE), Nigro said. One of the scarabs contains a series of circular decorations, while the other has swirling designs and what appears to be hieroglyphic writing. Two of the hieroglyphic symbols are written within an oval circle known as a cartouche. The Egyptians often wrote royal names in cartouches, and archaeologists are studying the scarabs for these types of details.

Nigro wrote that the necropolis stopped being used around 650 BCE. “It seems that the town suffered a crisis,” Nigro wrote. He noted that around 650 BCE the Assyrian and Babylonian empires were engaged in military campaigns in which they captured the region and exiled its Israelite inhabitants. 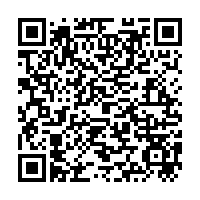