A new exhibit at the Library of Congress is celebrating 100 years of Hebraica with its new exhibit, “Words Like Sapphires”.


The collection, established in 1912 through a gift of New York banker and philanthropist Jacob Schiff, includes a 19th century copy of the U.S. Constitution in Yiddish and Hebrew, a Yiddish copy of “Curious George”, a 15th century Hebrew book from Italy opened to a series of excerpts censored by the Catholic Church during the Inquisition, a 4-inch tall Jewish bible, the first complete Hebrew Bible printed in the United States, and the first printed book published in the land of Israel, a commentary on the Book of Estherby Eliezer ben Isaac Ashkenazi of Prague published in 1577 in Tzfat.

Portions of the exhibit include “People of the Book”, “Holy Land Tongue”, and “Power of the Tongue”.  The oldest piece of on display is a 7th century clay bowl with Aramaic writing from Mesopotamia. 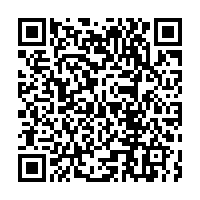