When Likud Minister of Communications, Welfare & Social Services Moshe Kahlon announced last week that he was staying off the ballot in his party’s upcoming primaries, the common explanation was that he didn’t think he could get himself into a realistic spot on the Likud candidates list, and preferred to quit while he was ahead.

In a government dedicated to making life easier for Business, Kahlon stood out as champion of the economic underdog. He was behind a bill to reduce electricity charges for poor families, and headed an inquiry into the impenetrable maze of Israeli bank fees. But he became an overnight minor messiah last year, when he issued permits to operators of virtual cellular phone services, creating real competition and bringing down rates by as much as 75%.

As Israelis erupted in the summer of 2011 with the “Cottage Cheese Protests,” occupying a section of gentrified South Tel Aviv along Sderot Rothschild, Kahlon, one of seven children of a family of oriental Jews, became Prime Minister Benjamin Netanyahu’s poster child for economic equality and bootstrapping innovation. Netanyahu famously told his cabinet ministers: “Be like Kahlon,” in finding inspired solutions to the economic travails of a large segment of Israeli society.

Late last week, while Netanyahu and Yisrael Beitenu leader, Foreign Minister Avigdor Liberman, were celebrating their earth-shattering union into a 42-seat juggernaut (which is expected to pick up between as many as 45 and as few as 35 seats in the next Knesset), rumors started floating (someone, obviously was floating them) that a new poll predicted 20 seats going Kahlon’s way should he head a new, social-reform oriented party.

Netanyahu appeared duly concerned by the news. During the Likud convention last Monday, Bibi grabbed his demure former poster child by the arm practically against his will, like Pepé Le Pew grabbing his beloved pussycat, declaring beamingly: “Moshe Kahlon has reassured me that he’s staying in the Likud.” At a Q&A in Élysée Palace, while French President François Hollande was looking on, Bibi dealt in similar fashion with the question regarding the possibility of a Kahlon exit, repeating his Monday’s statement almost verbatim.

This morning, it appears that Bibi’s worst nightmare is about to be realized, and this one could be a Sea change that would make the Likud Beitenu move seem like a parlor trick. According to Makor Rishon, retiring minister Moshe Kahlon has made a decision to return to political life after a two-week exile, and that he is about to announce very soon, maybe even today, Thursday, the creation of a new party.

Makor Rishon cites sources close to Kahlon who say he has been in contact with MK Rabbi Emil Haim Amsalem, who was expelled from Shas back in 2010 for entertaining some very unconventional views. Amsalem called on those who aren’t good enough scholars to become great Torah sages, and who have families that must be fed, to go to work, and not live on the dole. He also urged Haredim to enroll in National Service.

When Shas expelled the offending rabbi, they wanted their seat back, but he refused to oblige them and soon established the Whole Nation party (Am Shalem, a play on his last name). As a partner with Kahlon this moderate Haredi rabbi could prove to be an explosive vote getter, especially when confronting Shas’s new top man, Aryeh Deri, whose stint behind bars for a corruption conviction follows him wherever he goes.

As things stand this morning, Thursday, no announcements have been made by Kahlon, and the 20 seats the poll has awarded him so generously may have been born more by the frustration of old-time Likud members at the move to unite with Liberman, than a true measure of the popular communications minister’s strength. But speculations are starting to occupy the main headlines of Israel’s press, because Kahlon can truly capture the center with his economic-justice agenda in ways that others have not.

The polls show Kahlon getting his vote mainly from Likud, but also from Yair Lapid, Labor, Shas and even the leftist Meretz. And unlike all of the above, Kahlon enjoys the gravitas of a proven champion of social causes and a right-winger to boot.

Incidentally, the same Smith Institute poll that was ordered by Kahlon, gives his new party 27 seats should former Kadima leader Tzipi Livni join him, in which case Likud would receive only 30 seats.

Meanwhile, a brand new Mina Tzemach “Dahaf” poll shows that Labor with Kahlon in the number two spot ties Likud for first place with 32 seats each. This is the essence of the Sea change: with Kahlon out of the picture, according to Tzemach, Labor receives 23 seats, well behind Likud’s 37, and the right will hold 64 seats, compared to the left’s 56.

But if Kahlon does run, as part of Labor, it’s even Steven, with the right and the left each holding 60 seats.

And that’s when things typically get interesting in Israeli politics. 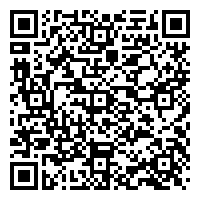