Residents of an apartment building in central Holon were shocked and horrified to be told this weekend they must immediately evacuate their building – for good.


The building collapsed just a day after the residents were evacuated, according to the Fire and Rescue Service.

Frightened tenants called the emergency hotline saying they had heard the sound of a “loud blast.” First responders who were called to the scene found that large cracks had appeared on the walls of the building.

Residents were unable to open the front doors of their apartments, police said.

All 36 families living in the Serlin Street building were immediately evacuated by fire and rescue forces, as were tenants of an adjacent building, awakened by rescuers who “knocked on the door really hard and took us out of the building.” Some residents were in their pajamas; the evacuees included babies and senior citizens, a resident to Israel’s Kan News public broadcaster.

Municipal workers also gave the residents water and sandwiches, which one resident told Kan News “is the bare minimum. We expected more assistance – for someone to take us or update us on what is going on.”

“Professional sources estimate that the quick evacuation of the building carried out yesterday saved 36 families from a terrible disaster,” the Israel Fire and Rescue Service spokesperson said Sunday in a statement. Within some 30 hours, the building had completely collapsed, partially damaging the adjacent building as well.

The event had an eerie similarity to the June 24, 2021 collapse of the 12-story Champlain Towers South condo building in Surfside, Florida – with one essential exception: the condo residents had no warning whatsoever, and 98 of them died.

Four residents were rescued from the rubble; of those, only three ultimately survived. Eleven others were injured, and 35 more residents were evacuated the same day from the part of the building that had not “yet” collapsed. That section was demolished 10 days later.

City engineers followed up at the site, checking to see whether the collapse might have also affected the structural integrity of nearby buildings on other blocks.

“There are cancer patients and infants and they sent us all to sleep at the community center,” the resident told Kan News. “This is chaos. We don’t know what to do.”

Hagit Levy, who lived in the building with her daughters and had barely enough time to grab whatever she could, told Ynet, “Social workers came here in Saturday to calm us and give us water. We are asking the mayor to help us; there are families here who are left with nothing. We have become homeless.

“You see your life being destroyed in front of your very eyes,” Levy said.

Holon Mayor Moti Sasson acknowledged the event was a disaster but urged the homeless families to look on the bright side – “Our hearts go out to the families at this very difficult time but we must remember that a horrible disaster in Holon has been prevented today,” he said.

“The whole area was quickly cordoned, and we prevented tenants and other curious passersby who came to the place from entering. . . The municipality will continue to assist residents as much as possible,” the mayor added.

But many of the residents didn’t see it quite that way.

“We look at the ruins and realize that our lives have been destroyed along with our memories and belongings,” said another resident, Naor Navon, who took his wife and two children to stay in a hotel for now. He slammed the authorities for their response.

“City hall provided us with a disgraceful solution,” Navon said. “They opened a community center for us, with mattresses on the floor and sleeping bags – where 32 families are expected to live without showers and just one rest room? It’s a disgrace.”

It’s not yet clear what caused the collapse, nor how exactly the city further plans to aid its now-homeless residents. 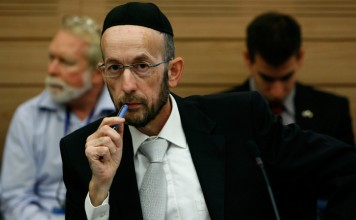 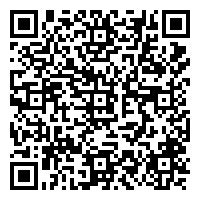