Prime Minister Naftali Bennett reiterated Sunday that there will be no deliveries of “suitcases of cash” delivered by Qatari envoy … to poverty-stricken residents in Gaza – at least he SEEMED to say that.

Bennett’s explanation of how Israel views the current dilemma of how the $100 monthly stipends for poor Gaza families will be delivered, while bypassing Hamas, was particularly vague.

“As was officially published, the Qatari grant for the needy in the Gaza Strip was arranged in cooperation with the UN, with the grant being provided by wire transfers and not suitcases of cash as happened in the past,” Bennett said in a statement on Sunday.

“Regarding the third installment of the grant, the security establishment is examining various alternatives,” he said.

“When an appropriate plan is found which ensures that the money will not go for terrorist activity, the defense minister will present it to the prime minister. The former plan will not be repeated,” Bennett’s office said.

Bennett “will formulate a position after he is presented with the various possibilities,” the PMO added.

This past June, Israel approved the entry into Gaza of 17 tanks of Qatari-funded fuel, via the Kerem Shalom Crossing. The agreement came in ongoing negotiations brokered by Egypt, which has been working to extend the ceasefire reached in May after the 11-day mini-war waged by Hamas against Israel, which Hamas lost.

Following that war Israel’s prime minister said there would be no more deliveries of money, building materials and iron into Gaza, until the enclave’s ruling Hamas terrorist organization – backed by Iran – returns to Israel the two live Israeli hostages and bodies of two fallen IDF soldiers it has held since 2014.

Egyptian pressure on Hamas had, at the time, at least led to the group’s agreeing to a new money transfer mechanism from Qatar.

At the start of August this summer, Qatar reached an agreement with the Ramallah-based Palestinian Authority government – and with Hamas — on the new mechanism to transfer financial aid to poor Gaza families. PA Prime Minister Mohammad Shtayyeh confirmed at the time, “The PA agrees to be responsible for transferring part of the Qatari grant to the Gaza Strip, and which is intended only for needy families.”

According to the agreement, 27,695 additional Gazans – mostly Hamas officials – would be added to the 100,000 poor families.

The funds intended for the Hamas officials were also to be transferred through PA banks to the recipients.

Two weeks later, the United Nations came into the mix, having agreed to transfer the money directly to the bank accounts of those entitled to receive the grants, with Israel overseeing the recipients. IDF Coordinator of Government Activities in the Territories (COGAT) Major-General Ghassan Alyan helped negotiate the deal and approved the list of recipient families.

The payments, to be sent by Qatar in $100,000 allotments to the UN World Food Program for processing prior to disbursement, were to begin this month.

The deal worked out with the UN and Qatar by the IDF did not include monthly salaries for the Hamas officials, although Defense Minister Benny Gantz told reporters that Israel had relinquished its “firm stand” on the return of the captives before allowing money back into the enclave.

That was a short-lived handshake, with the Palestinian Authority reneging on its agreement this month.

Easy Come, Easy Go
Over the past day, government and security officials discussed just how to get that money to the families without some of it sticking to terrorists’ fingers.

The dilemma comes after a roadblock stopped the latest strategy for transferring the money directly to the families: the Ramallah-based Palestinian Authority government has pulled out of the equation.

Meanwhile Gaza terrorists have resumed their rocket fire on southern Israel. There was a rocket attack this past Friday night, and a second one the next night as well, which required interception by the Iron Dome anti-missile system because it was heading straight for a heavily-populated area.

The IDF retaliated with limited air strikes a few hours later, damaging a couple of Hamas positions in Gaza but causing no casualties.

This Monday night, once again, rocket fire was aimed at southern Israel from Gaza.

It’s not clear what Israel’s government will decide next. 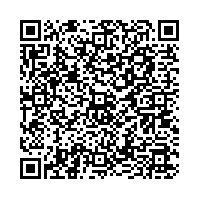