If anyone needed more proof of the fact that Israel is losing the war against the Palestinians, this report should do the job.

Hamas chief Khalid Mashaal made his first visit to the Gaza Strip—second in his life—on Friday, telling crowds he hoped his next visit would be to Jerusalem, Ramallah and a liberated Palestine, Ma’an reported.

According to Ma’an, Hamas denied seeking guarantees via Egyptian contacts with Israel that Mashaal would not be targeted for assassination in Gaza.

I tend to believe the Hamas claim. There was massive security in place for Mashaal’s arrival, with armed, black-masked guards from the Hamas military wing patrolling the streets in open trucks and motorbikes. But those would not have been able to stop a single, well aimed drone rocket from taking out the great leader. Because, let’s face it, the world has not yet forgiven Netanyahu for that last botched poisoning attempt on Mashaal.

Mashaal said his visit to Gaza was his “third birth,” referring to that attempt by Israeli Mossad agents in 1997 as his previous “re-birth.” Back then Israel had to give up serious assets, including the release of the Hamas spiritual leader Sheikh Ahmad Yassin, and sheepishly hand the Jordanians the antidote to save Mashaal’s life.

Mashaal stood in the open air, before a crowd of thousands, exposed and unafraid.

Accompanied by Gaza’s Prime Minister Ismail Haniyeh, Mashaal announced: “I pray to God that my fourth birth will come the day we liberate Palestine. Today is Gaza. Tomorrow will be Ramallah and after that Jerusalem then Haifa and Jaffa.”

Sadly, this vision appears to differ from a recent statement made by Israel’s Prime Minister Benjamin Netanyahu, who spoke at the Menachem Begin Heritage Center in Jerusalem (a center dedicated to the memory of the man who laid down the ground for the future of peace in the Middle East): “Israel is prepared to live in peace with a Palestinian state, but for peace to endure, Israel’s security must be protected. The Palestinians must recognize the Jewish State and they must be prepared to end the conflict with Israel once and for all.”

Mashaal is prepared to end the conflict once and for all, but in his own unique idiom, in a manner involving many Jews swimming in the sea.

“This is the most beautiful day in my life,” 27-year-old policeman Mohammed Abed told Ma’an. “I kissed him on the head.”

Mashaal, 56, had been widely understood not to have set foot in Palestine since he left his native Judea and Samaria with his family at age 11. But in his speech he indicated he had returned for a visit as a teenager in 1975.

The Hamas chief visited the home of the late founder and spiritual leader of the party, Sheikh Ahmed Yassin, who was assassinated by Israel in 2004.

That would have been another proper moment for a rocket launch from several miles away – create two shahids on the same location. Didn’t happen.

Kaboom – right in the middle of the lovely reunion – but it was not to be.

Mashaal visited the homes of Hamas military commander Ahmad al-Jaabari and his bodyguard Mohammad al-Hams, whom Israel assassinated on Nov. 14 at the start of its eight day war on Gaza.

He also visited the al-Dalou family home. Israel killed 10 members of the family, including four children and five women, as well as two of their neighbors, in an air strike on Nov. 18.

“All Palestinians will eventually return to their homeland. Khaled Mashaal is returning after a victory,” said veteran Hamas strategist Mahmoud al-Zahar.

Yes, a victory, they won, we lost, and we’re continuing to lose.

Mashaal will stay for a little more than 48 hours in Gaza, which Hamas has ruled since a 2007 war with Fatah that rules parts of Judea and Samaria.

Gaza City has been festooned with green Hamas flags and a stage set up, complete with a huge model of the makeshift M75 rocket, fired at both Tel Aviv and Jerusalem last month.

And we did nothing to stop it. 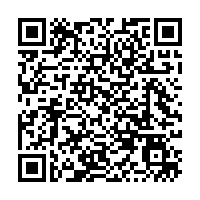