Jews in South Africa still celebrated Israel’s 72nd Independence Day, despite the limitations of a lockdown imposed on the community there as elsewhere due to the ongoing global COVID-19 coronavirus pandemic. The Sandton Sinai School in Johannesburg was among those to show its support for the State of Israel.


The Yom Ha’Atzma’ut celebration held online at the school was one to remember: the play and nursery school families held a “Zoom” dance party with Jonathan Birin, one of the top names on the South African Jewish music scene.

Birin is well known to the Jewish music scene in South Africa, having spent decades performing solo and with his band there — his home community — and abroad, along with producing a wide range of Jewish music as well.

The singer moved to the city after completing his studies at the University of Port Elizabeth, the small city where he was born.

Birin’s 24-year-old daughter Ruby-Anne is currently earning her doctorate in archaeology at Oxford University, he says. In fact, she has also been to Israel; during her undergraduate studies she was part of the Leon Levy expedition team that led the way in discovering and excavating the first known ancient Philistine cemetery just outside the southern coastal city of Ashkelon.

African Music But Ashkenazi Roots
“My grandparents came from Latvia and Lithuania in the late 1930’s before the war,” Birin relates. “I actually went with my cousin Gerald to Latvia last year and we went to visit our grandparents’ villages and houses.”

Birin himself attended a Jewish day school called Theodore Herzl; he was first bitten by “the bug” at school when Rabbi Shlomo Carlebach came there to perform his songs.

“The next day I formed a band with three other friends,” Birin said. “Two of us are still professional musicians; my friend Joseph Cohen has a band in Raanana to this day.

The Jewish community of Johannesburg, Birin said, is one that loves music, including the music of the world in which they find themselves.

“We are Jewish, and we embrace the South African rhythms.” And so his latest album, ‘Simcha Africa’ was born. The album, he says, is a collection of popular Torah songs that “blends a range of South African musical styles like Mbaqanga and Kwela, along with the unique sound of Cape jazz.” 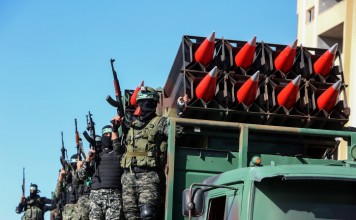 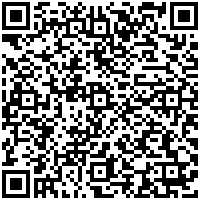