In the list of 26 leaders who impacted the world in Time magazine’s opinion, you’ll find Israel’s soon to assume his fifth term as prime minister, Benjamin Netanyahu.

Time’s David French explains Netanyahu’s success with the demise of Israel’s left following the second intifada, “with fresh memories of suicide bombers rebuking the idea that there exists a partner for peace. Ongoing rocket attacks launched by Hamas show that present dangers are real. And Iran’s power and ambition signal that even two generations after the Yom Kippur War, Israel can face existential threats.”

Arguably, any strong rightwing politician could have taken advantage of these conditions to lead a move away from the Oslo debacle. But Bibi, according to French, has managed to couple his anti-Oslo stand (although he continues to play coyly with supporting and objecting to a Palestinian State) with Israel’s growing prosperity. Indeed, “as the election shows, sufficient numbers of Israelis believe not just that Netanyahu is partly responsible for that success but that he’s the nation’s indispensable man.”

“Bibi certainly deserves his share of credit for Israel’s strength, but persuading Israelis that he alone could achieve it is his true political accomplishment,” French concludes.

And now, for your note-taking pleasure, the list of the 26 most influential leaders in 2019 according to Time Magazine (click here for the complete list, especially if you’re done with your Passover cleaning chores: 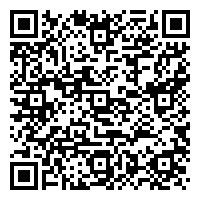