Three people died and four others were injured Tuesday when an explosion tore through an oil pump structure and pipeline transporting crude oil from Cheshmeh Khosh to Ahvaz, according to a report by the official Iranian SHANA news agency of Iran’s Oil Ministry.


The explosion occurred during the start of an overhaul of the pipeline, the news agency said. “As a result, three employees of the company were killed and four were injured,” the company said, adding that the fire “was contained and secured,” and rescue teams and “other support groups” were deployed to the site.

According to reports in Persian by the Tasnim News Agency, the explosion took place 20 kilometers from the city of Shusha.

Elias Fattahi, deputy governor of Ilam, told Tasnim, “This explosion was due to the intensity of heat and work operations on the lines.”

The pipeline is located about 500 kilometers (310 miles) southwest of Tehran in the oil-rich Khuzestan province.

No details were offered about the cause of the explosion, which took place in the Ilam province.

Authorities said the oil from the pipeline would be diverted to neighboring facilities.

Fires broke out in several Iranian oil facilities over the past week, according to the Voice of America (VOA), quoting Arab media.

Iranian authorities said all the fires were the result of “accidents” although there was speculation among Arab media and internationally-based Persian news channels that Israel was behind the incidents.

London-based Iran analyst Ali Nourizadeh told VOA that he believes this week’s fires in Ahvaz were unlikely to be caused by sabotage; there are fires at oil fields every summer, he said.

However, he added that the sinking of Iran’s largest naval ship, the Kharg, and the Tehran oil refinery blaze, probably were, in fact, sabotage despite denials by the Iranian government.

The Tehran refinery, Nourizadeh told VOA, “was not a natural fire. It was very precise, very detailed and the damage is huge.

“Actually, they have to rebuild the refinery because most of the parts were destroyed,” he said. 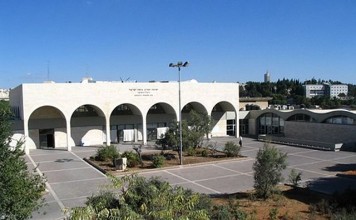