An explosion was heard and a flash of light was seen late Saturday near Badrud, about 12 miles (20 kilometers) from Iran’s Natanz nuclear plant, according to a report by the IRNA state news agency and FARS news agency linked to the elite Islamic Revolutionary Guard Corps (IRGC).

There is unofficial speculation that the missile was launched in response to a drone flying over the facility.

Middle East blogger Abu Ali Express reported, however, that there were reports of damage to homes nearby. There are also unconfirmed reports of homes near the site being evacuated.

A spokesperson for the Iranian military claimed officials had test-fired a missile system, according to Tasnim News Agency.

“”An explosive sound was heard in the Natanz area and strong light was seen in the sky of this area. . . According to the latest information received from the region, a defensive missile was fired into the sky of Badrud region with the aim of testing the rapid response to a possible attack,” Tasnim reported.

The blast comes just one day after the seventh round of talks in Vienna aimed at reviving the 2015 nuclear deal between Iran and China, Russia, Germany, France, the UK and the United States. Envoys from the United States were present in the Austrian capital but were not at the negotiating table at the insistence of Iran, still angry over its withdrawal from the pact in 2018 by President Donald Trump.

On Friday, French President Emmanuel Macron told reporters at a briefing in Dubai that the talks had not been successful and that it appeared there might not be any further negotiations, at least for the time being.

On Saturday night, Iranian authorities informed the United Nations International Atomic Energy Agency (IAEA) about the explosion, saying the cause was unknown.

Israel was blamed for the explosion.

Last year as well the site was targeted by saboteurs who blew up an advanced centrifuge assembly plant on the premises. 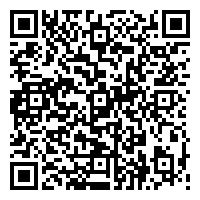