Iran’s Energy Ministry has denied the country was hit by a series of cyberattacks on its water monitoring systems and dams, according to IRNA.

The Mehr news site also reported that Iranian authorities denied the cyberattacks, claiming that sites had been taken offline as part of efforts to “secure information and statistics systems.”


Iran has experienced severe drought for more than half a year.

The denial comes after the IRIB news agency, Islamic Republic Radio and Television reported a cyber attack on the country’s dams, citing an “informed source” who said that in the past two weeks, the systems related to collecting and evaluating the reserves of Iran’s dams were completely cut off.

“”Since the past 2 weeks, the national water level monitoring system has got completely inoperational, although the IT department of the WRM has not confirmed a cyber attack, the current situation show the probability of a cyber attack,” state-run IRIB reported.

Last year Israel accused Tehran of targeting six of its Water Authority facilities in a cyber attack that attempted to dangerously raise the amount of chlorine in the civilian water supply. The attacks were foiled.

#Iran's state TV citing informed source—Systems related to collecting & assessing the amount of reserves in the country's dams have been completely cut off in the past two weeks due to a cyber attack. Today, employees cannot even access necessary social media accou pic.twitter.com/QGwmqFeI3V

The report was also tweeted by the Farsi language Al Arabiya news network.

Earlier this week, Iran’s Mahan Air airliner, which is blacklisted due to its ties with the Islamic Revolutionary Guard Corps (IRGC) was reportedly hacked as well; messages were reportedly sent to some Iranians saying the airliner was attacked because “Mahan Air is an accomplice in the IRGC’s crimes,” according the Iran News Wire and Iranian Cyber News Agency.

“On Sunday 21 November a group by the name of Hooshyarane Vatan released a statement on their Telegram channel claiming responsibility for the hack of Mahan Airways, describing the illegal practices of the airline in aiding the IRGC Quds force activities across the region,” ICNA reported. The hacker group described itself as “the proud people of Ahvaz” fighting against the “oppression and lies” of the Iranian regime.

Reports from #Iran indicate Mahan Air airliner has been hacked & its website cannot be reached.
The group that targeted Mahan Air said in messages sent to some Iranians that the reason behind the "cyber attack" was because "Mahan Air is an accomplice in the IRGC's crimes". pic.twitter.com/C40OXpygQE

Israel has been accused by Iran of carrying out a cyberattack on the country’s gas stations, which were knocked out of service for a week. 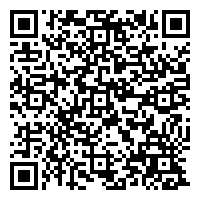