The world’s largest Chanukah menorah was set up Wednesday on Fifth Avenue and 59th Street in New York City in preparation for the upcoming Jewish Festival of Lights.

The eight-day holiday, which begins this coming Sunday at sundown, commemorates the miraculous victory of a small force of Maccabees over the mighty Syrian-Green Army and the miracle of the single uncontaminated cruse of olive oil with the seal of the High Priest, undefiled by enemy forces, which remained to burn in the Holy Temple’s Menorah.


It was only enough to keep the flame lit for one day: but miraculously, the flame burned for eight days, until a new batch of pure oil could be obtained.

It is for this reason that Jews around the world celebrate the eight-day holiday with foods cooked in oil.

Designed by world renown artist Yaacov Agam, the New York City menorah has been certified by the Guinness Book of World Records as the World’s Largest.

The design was inspired by a hand-drawn sketch of the original Menorah in the Holy Temple of Jerusalem, made by Rabbi Moshe Ben Maimon, known as the Rambam (Maimonides) — a Sephardic Jewish Torah sage and philosopher who became one of the most prolific and influential men of the Middle Ages. Born in Cordoba, the Rambam was a preeminent astronomer as well as a renown physician who served as the personal physician of Saladin.

For the first time, the Annual New York City Chanukah Menorah Parade will take place on the first night of Chanukah, on Sunday evening 24 Kislev, November 28. Join the parade and take part in bringing the light of Chanukah to every Jew in NYC. Full Story https://t.co/ZfJ5C7pdYm

The 36-feet-tall menorah and the nightly Chanukah events held next to it, sponsored by the Lubavitch Youth Organization, have been a New York City tradition for nearly half a decade.

The city’s annual Chanukah Menorah Parade will take place Sunday evening (Nov. 28), with people driving their vehicles in a convoy, all topped with glowing Chanukah menorahs, in accordance with the call of the Lubavitcher Rebbe to publicize the miracle of Chanukah. 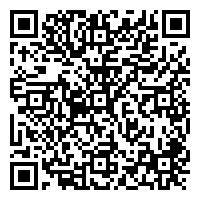