The April 11 explosion that tore through the Iranian nuclear site of Natanz—and which the Islamic Republic has blamed on Israeli sabotage—appeared to have taken around 5,000 centrifuges of the IR-1 type offline, a new report released by the Jewish Institute for the National Security of America (JINSA) has said.


In subsequent days following the blast, Iran announced its commencement of uranium enrichment to the 60 percent level and the installation of 1,000 new advanced centrifuges.

While those moves are designed to regain leverage and convince the United States to grant Iran sanctions relief, neither of these announcements will, for now, materially accelerate Iran’s ability to sprint for a nuclear weapon, according to the authors of the report Blaise Misztal, vice president for policy, and Jonathan Ruhe, director of foreign policy at JINSA.

Speaking to JNS, Ruhe and Misztal said the figure of 5,000 centrifuges was pieced together based on reporting that they had seen. They added that Natanz is “divided into two large underground halls,” and one of those (Hall A) is where Iran had kept thousands of relatively rudimentary IR-1 type centrifuges. A smaller number of advanced centrifuges are at Hall B, and those appear to be undamaged, they assessed.

“The blast took off about 50 percent of actively enriched centrifuges—the main fleet of IR-1s,” stated Ruhe.

‘The messaging was very dire’

On April 10, a day before the explosion, Iran announced a major expansion of Natanz, JINSA report noted, through the addition of 164 IR-6 centrifuges, which are estimated to be its most efficient centrifuges used to date.

“This was part of an ongoing Iranian process since November 2020 of expanding enrichment capacity by adding operational cascades of IR-2m, IR-4, IR-5 and IR-6 centrifuges at Natanz, and starting to install two cascades of IR-6 machines at its separate Fordo enrichment site, known as Fordo Fuel Enrichment Plant (FFEP),” the report stated.

The centrifuges that can enrich uranium to higher purity levels faster, such as IR-2m, IR-4 and IR-6, are located at Natanz’s Hall B, said Misztal.

“We’ve seen a growing buildout of these various centrifuges, which Iran knows how to prepare,” he added. The IR-8 and IR-9 centrifuges—the latter being reportedly able to enrich uranium 50 times faster than IR-1—are still likely at the research and development stage.

“There are two things going on: One is Iran’s actual nuclear capability, and the second is Iran’s messaging of its nuclear capability,” said Misztal. “The messaging is a part of Iran’s campaign to pressure the U.S. and the other P5 + 1 countries, not just to get them back into the JCPOA [the Joint Comprehensive Plan of Action, the 2015 nuclear deal], but also into giving up greater sanctions relief than what a return to the JCPOA would merit,” he added. “On the other hand is Iran’s actual nuclear capability and breakout timing, with obvious implication for regional security and for Israel’s security.”

Natanz’s Hall A contained a “real ability to break out to weapons-grade enrichment”—that is until the explosion tore through the hall. Iran now announced new work to enrich uranium to 60 percent, noted Misztal, “which sounds like a major escalation, and like it is close to 90 percent [weapons-grade] enrichment. The messaging was very dire. But the actual impact for breakout time, for now, is not material.”

In order for a nuclear program to achieve breakout status, it must possess both the needed enrichment capacity and to stockpile sufficient quantities of the uranium.

Once they do—estimated by observers to amount to 230 to 250 kilograms of 20 percent uranium—getting a bomb’s worth of uranium to 60 percent would require as little as two weeks, they said.

The key question to watch going forward is how quickly Iran can get to a bomb’s worth of uranium. Currently, according to the IAEA, Iran has 55 kilograms of uranium enriched to the 20 percent level.

“What they’re doing now in terms of enriching to 60 percent is a very small amount, and it is not really impacting process in any way,” said Ruhe. “So right now, the time bought by the sabotage at Natanz is much greater than the benefits 60 percent. The bottom line is that the U.S. and others should be relieved.”

In addressing the question of whether the bomb was aimed at merely delaying Iran’s technical progress or to affect the nuclear negotiations underway in Vienna, Misztal argued that “it was the former, and therefore should also be the latter.”

The United States had taken the position that it should re-enter the 2015 deal because Iran is so far advanced in its nuclear program and that a revived deal is the fastest way to delay the program, noted Misztal. “This delay certainly relieves some of that pressure.”

Who runs out of capabilities first?

Iran, for its part, is doing everything it can to ensure that the political aspect of the attack—a reduction of its leveraging abilities—does not find expression at the talks. It is doing this by increasing the pressure, including through the 60 percent uranium enrichment vow.

The JINSA report stated that “Iran also is trying to save face domestically, attempting to cover up the fact that its nuclear program has been heavily compromised and its security services are ineffective, with claims of new technical prowess.”

Asked if recurring attacks at Natanz (the site was reportedly hit with a blast in July 2020 as well) will end up driving the Iranian nuclear program underground and make it harder to detect, Ruhe acknowledged that this was one of the risks created by sabotage.

“The concern that this will drive Iran further underground, both literally and metaphorically, and that it will obscure more parts of its nuclear fuel cycle to immunize it against further attacks is there,” he said, noting that the Fordo site, dug deep under a mountain near Qom, is one such known developments.

Misztal agreed that pushing Iran’s program underground is a concern, while also adding that each time this has happened in the past, covert activities like those in Fordo had been uncovered “to the world through the action of intelligence agents.”

“We have seen a continued ability of somebody to continue penetrating Iran’s nuclear program and dealing it major strategic damage. Each time Iran tries to shore up defenses, it keeps getting penetrated,” he said. “The question of who runs out of capabilities first—Iran’s defense or the people attacking it—is difficult to predict.”

Misztal added that the only proven methods of slowing down Iran’s nuclear progress is either the threat of force, as expressed by Israeli Prime Minister Netanyahu during his 2012 address at the United Nations, or sabotage. 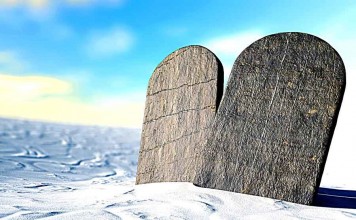