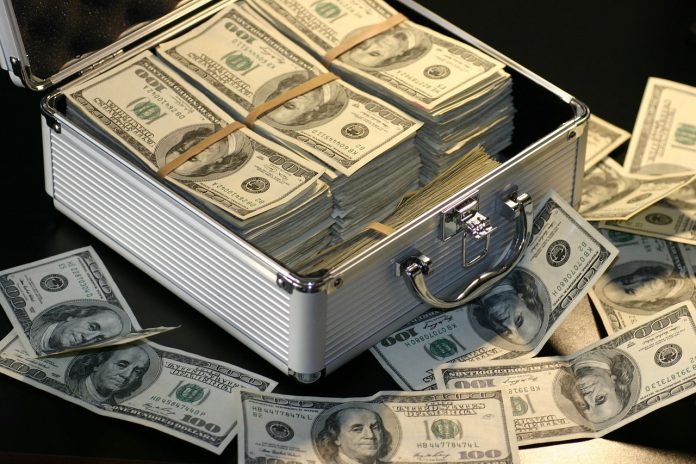 The United States has denied a report by Iranian state television that a prisoner swap deal has been reached in exchange for unfreezing $7 billion in Iranian oil funds that were frozen under US sanctions.

According to the report Sunday on Iranian state television, Tehran has agreed to release four Americans accused of espionage in exchange for four Iranians held in the United States — plus the release of $7 billion.


However, the US State Department denied the reports of a prisoner swap with Iran — this, after Tehran officials confirmed a report on the Hezbollah-linked Lebanese television station Al Mayadeen that said an exchange was being arranged.

“Reports that a prisoner swap deal has been reached are not true,” State Department spokesman Ned Price told Reuters. “As we have said, we always raise the cases of Americans detained or missing in Iran. We will not stop until we are able to reunite them with their families.”

An unidentified Iranian official was quoted by state television as also saying dual UK-Iranian national Nazanin Zaghari-Ratcliffe will be among those released – if Britain has “paid off a debt on military equipment owed to Iran,” according to Reuters.

But the US government, however, has denied that any agreement was reached.

Not the First Iranian Demand for Money
The US banned Iranian oil imports and froze approximately $11 billion in assets in 1980 in response to the Iranian hostage crisis.

Many of those assets were unfrozen with the signing of the Algiers Accords, a set of agreements between the United States and Iran to resolve the hostage crisis, which stemmed from the Iranian takeover of the American Embassy in Tehran on November 4, 1979. At that time 52 embassy staff were taken hostage.

The agreements — which included the release of the 52 American citizens being held by Iran — were brokered by the Algerian government in agreements signed on January 19, 1981. The 52 hostages were then set free and allowed to return to the United States.

Six months later, the Obama Administration also secretly sent Iran an airlift of $400 million cash in small bills – all of it in foreign currency — in a move that “coincided” with release of five Americans who were detained by Tehran.

In addition, the US agreed to drop charges against seven Iranians involved in sanctions violations.

Jewish Hostage Not Included in US-Iran Deal
The fifth American who was taken captive, 68-year-old Robert Levinson of Coral Springs, Florida, was not released and the US did little more to free him. Levinson’s family was devastated that their loved one was not included in the deal.

Levinson disappeared on March 9, 2007, in Kish Island, Iran. In 2017, he became the longest held American hostage in history. On March 25, 2020, Levinson’s family announced his death on the advice of the US government, and although the date is unknown, it is assumed that he died while in Iranian custody.

The $400 million in cash sent by the US to Iran was paid in foreign currency because any transaction with Iran in US dollars was illegal under American law, according to a report at the time by The Wall Street Journal.

The cash was considered the first installment of a $1.7 billion settlement reached with Iran by the Obama Administration over a failed arms deal signed by the US with Shah Mohammad Reza Pahlavi just before the 1979 Islamic Revolution and his ouster as a result.

The settlement and the “prisoner swap” were announced on January 17, 2016 by the White House and State Department the day after the JCPOA nuclear deal between Iran and six world powers – including the US – was formally implemented.

US Senator Calls Payments ‘Ransom to the Ayatollahs’
Like Britain in a separate case, the US was convinced it would lose an arbitration in The Hague over what Iran had insisted was a $10 billion debt. US officials called the settlement a “bargain for taxpayers.”

At the time, an outraged Republican Senator Tom Cotton of Arkansas accused President Barak Obama of paying a “$1.7 billion ransom to the ayatollahs for US hostages.”

In any case, it did not prove to be insurance against more Iranian hostage-taking. Barely six months later, in July 2016, Iran once again took hostages, announcing the arrest of a third US-Iranian dual national and admitting it was holding two others as well.

UK Faces Similar Demand — and Hostage-Taking
UK officials are faced with a similar situation, with the Iranian government demanding the “payment of a debt” of some half billion dollars (400 million Pounds Sterling) for the release of British-Iranian national Nazanin Zaghari-Ratcliffe.

The British aid worker was employed by the Thomson Reuters Foundation when she was taken into custody at Tehran airport in April 2016 just as she was returning home to the UK after visiting her family.

Zaghari-Ratcliffe was detained in Tehran on charges of espionage and trying to overthrow the government. She was sentenced again last week by Iran to another year in prison, this time on charges of “spreading propaganda against the system” for taking part in a protest in front of the Iranian Embassy in London in 2009.

The charge and conviction were added to the 2016 five-year sentence on a charge of espionage – which she denied – and which she now has served.

‘Family Has Heard Nothing’
Despite the Iranian state television report, Zaghari-Ratcliffe’s husband Richard told the PA news agency that he and his family “have heard nothing” about a deal, according to ITV.

Britain allegedly owes some 400 million Pounds Sterling for 1,500 Chieftain tanks that were ordered by the Shah of Iran in 1971, and paid for prior to his ouster in 1979. The delivery of the tanks from Britain was cancelled after the Islamic Revolution and the ayatollahs demanded a refund once they came to power.

A total of 185 tanks were delivered to Iran by the UK’s International Military Services (IMS), part of Britain Defense Ministry, before the UK banned arms exports to Iran, according to The National.

Iran won an international arbitration in May 2001 at the International Chambers of Commerce in The Hague with its demand for repayment of the funds, but the UK appealed the size of the settlement awarded.

UK ‘Looking for a Way to Pay the Debt’
In December 2002, the UK agreed to pay money to the High Court as security. The two countries are now reportedly arguing over the amount of interest to be paid on the original sum – in addition to Britain’s reluctance to hand millions of dollars to Iran — and the issue of sanctions by the European Union and the United States against conducting business with Iran.

Britain has also opposed handing over the money since “it will end up in the hands of Iranian forces” in Yemen, Syria and Lebanon.

Foreign Secretary Jeremy Hunt further explained in a 2019 statement, “The problem is if you pay ransom money to someone who takes a hostage then all that happens is you might get that hostage out, but the next time they want something they’ll just take someone else hostage. That is the conundrum we have.”

British Defense Minister Ben Wallace wrote in September 2020 that the country was “looking for a way to pay the debt,” according to a letter seen by The Guardian.

“With regard to IMS Ltd and the outstanding legal dispute the government acknowledges there is a debt to be paid and continues to explore every legal avenue for the lawful discharge of that debt,” Wallace wrote.

“I have previously stated my personal position and I remain committed to its resolution, but it would not be appropriate for me to comment further at this time.” 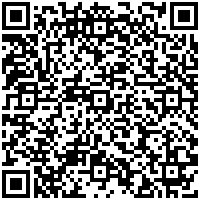