The attack resulted in the deaths of all 176 aboard the flight, including nine crew members. Most of the passengers were Canadian and Iranian nationals. All were civilians.


Iran maintains the missile fire launched by its military force was a “disastrous mistake due to human error,” saying the country’s military was on high alert due to “unprecedented threats” from the United States after the targeted killing of Quds Force commander Qassem Soleimani on January 3. But the Ukrainian passenger plane was shot down three hours after Iran had launched more than a dozen ballistic missiles in its attack on American forces stationed at two air bases in Iraq. The United States did not respond to the attack.

WARNING: The video may be disturbing to viewers.

An Iranian surface-to-air-missile was allegedly used to shoot down Ukraine International Airlines Flight 752. What is it, and how does it work?

Surface-to-air missiles (SAMs) are radar or infrared guided missiles that are fired from the ground into the sky, designed primarily to obstruct and destroy aircraft or other missiles.

The Tor aerial defense system, designed in 1975 in the Soviet Union, was the first surface-to-air missile system designed to obstruct precision-guided systems. It is designated by NATO as the SA-15 Gauntlet. The system is installed on a vehicle like a tank. To attack a target in the sky, a SAM operator identifies the target on a radar screen and then directs the missile to fire at that specific target.

Retired Royal Canadian Air Force fighter pilot Jock Williams said in an interview with Canada’s Global News agency, “In the old days when we had to shoot guns at airplanes, it was a lot easier to miss. Now, because we have radar-controlled missiles and we have infrared heat-seeking missiles, and we even have visually tracked and controlled missiles, the chances of them missing when they shoot at you are very, very low.

When a missile system decides to shoot, it fires not one missile, but two missiles,” Williams said. “One missile, wait about five seconds, and fire the second one. Then you can wait and you look at the radar and if the target disappears, you don’t have to shoot another one. But if it doesn’t disappear you shoot the third one right away. So it could be that within 30 seconds you’d have three missiles in the air, all streaking towards the target.”

Williams added that it’s very clear to see whether an aircraft or missile has been destroyed by a surface-to-air missile, because it will leave chemical residue behind.

Speaking at a news conference on Saturday, the commander of the Islamic Revolutionary Guard Corps Aerospace Division, Brigadier General Amir Ali Hajizadeh said Ukraine International Airlines Flight 752 was shot down because it was mistaken for a hostile cruise missile.

Following the missile strike on the American bases in Iraq, he said, the IRGC increased the number of its air defense units, and deployed a number of systems to the air defense ring around Tehran, according to the Tasnim News Agency (TSA).

Hajizadeh said the air defense units had received warnings that cruise missiles had been fired at Iran. He claimed “the operator of an air defense base near Tehran mistook the doomed jetliner with a cruise missile, failed to obtain confirmation from the higher ranks because of disorder of the communication systems, and finally decided to fire at the target as there was only 10 seconds left for making a decision.”

He also said that “the civil aviation officials are not to blame for the denial of a missile attack on the passenger plane over the past three days, because they were totally uninformed about the cause of the incident.”

Hajizadeh said he notified the Armed Forces officials of the accident immediately after the Boeing 737 was shot by friendly fire, but the General Staff of the Iranian Armed Forces set up an investigation team, kept its members in seclusion, and reached a final conclusion no sooner than Friday morning. “Neither the IRGC nor the Armed Forces meant to hide anything, but the necessary processes needed to go on,” he said, according to TSA. 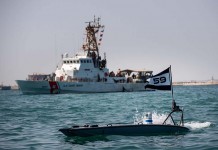 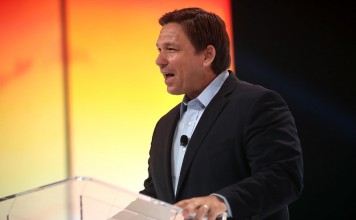 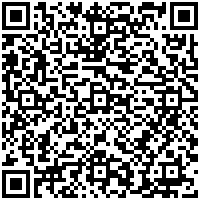