Lebanese President Michel Aoun called on Sunday for constitutional reforms to declare his nation a “civil state” in an address to the nation that marked the country’s centennial declaration of Greater Lebanon.

“I call for declaring Lebanon a civil state, and I pledge to call for dialogue gathering spiritual and political leaders to reach a format accepted by everyone, which would be translated through the appropriate constitutional amendments,” Aoun said, according to a report Sunday by Naharnet.


“There is a need to improve, amend and change the Lebanese system,” he continued.

“Lebanon needs a new approach in running its affairs that would be based on citizenry and the state’s civil nature. The current sectarian system is no longer valid and has become an obstacle in the way of any progress or reform.”

Adib’s nomination was expected to be confirmed following binding parliamentary consultations set for Monday. Two other candidates for the post were also proposed to Aoun by French President Emmanuel Macron, in addition to Adib, a resident of Tripoli, according to Al-Jadeed.

The television network added, “Hezbollah and AMAL have not objected to any of the candidates proposed by Hariri.”

Nasrallah: Hezbollah to Facilitate Formation of New Govt
Hezbollah chief Hassan Nasrallah announced Sunday during a televised address marking the final day of the Shiite Ashura commemorations that his group would “facilitate” the formation of the new government.

“Whether in naming the premier or forming the government, we will cooperate to pull the country out of any governmental vacuum,” Nasrallah said, according to Naharnet.

“The French president called for a new political contract in Lebanon during his recent visit,” Nasrallah added.

“We are open to any calm discussions in this regard, but we have a condition, that the discussions should enjoy the consensus of all Lebanese components.”

The chief of Iran’s proxy group in Lebanon did not specify what kind of “new political contract” he was willing to consider. 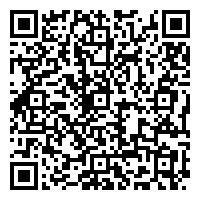