A new agreement between Israel and Qatar will enable the entry of Qatari funds into the Gaza Strip as early as this weekend, Arab sources confirmed Tuesday.

According to reports, based on the Israeli media, Qatari money will be transferred through United Nations representatives to the Gaza Strip, and not in cash and directly to Hamas, as was the case until now.


Israel stopped this procedure after Operation Guardian of the Walls.

Hamas and Qatar opposed the new mechanism, but according to Palestinian Authority sources who spoke with TPS, Egyptian pressure on Hamas is working, as is Hamas’ challenging situation in the Gaza Strip, which has led to the end of its opposition to the new money transfer mechanism.

On Sunday, the Lebanese Al-Mayadin channel reported that Egypt was working to bring about a gradual return to the situation that prevailed before Operation Guardian of the Walls, and a source in the Gaza Strip told TPS that “Hamas’ agreement on the new financial mechanism is evidence of its leadership.”

According to the source, the factions in Gaza told Hamas leader Yahya Sinwar last week that they do not intend to participate in another round of warfare against Israel, although they have agreed to resume the so-called “popular activities,” including the launching of arson and explosive balloons into Israel.

The source added that the significant decrease in the number of balloon launches from Gaza to Israel also indicates the extent of the Egyptian pressure exerted on Hamas and the distress the organization is in, which so far has not been able to present any significant achievement to the residents of Gaza following its attacks on Israel in May.

On Monday, Israel approved the entry of 17 Qatari-funded fuel tanks into the Gaza Strip through the Kerem Shalom crossing, but Israel has yet to approve the transfer of goods, building materials and iron into the Strip.

Meanwhile, Egypt has informed Hamas that it is moving to the second phase of its project in preparation for the reconstruction of the Gaza Strip after the first demolition phase ended. The Gaza Strip still has 50,000 homeless residents after 1,800 homes were completely destroyed and another 40,000 were partially damaged in the fighting.

The rehabilitation of the Strip is also intended to ensure the supply of water to 800,000 residents and the supply of electricity to 700,000 people.

Israel is still attempting to tie the rehabilitation process in the Gaza Strip to a prisoner exchange deal, with the release of the two Israeli citizens and the bodies of two IDF soldiers held by Hamas, a link which Hamas opposes. Next week another Israeli delegation will leave for Cairo to discuss the issues.

Arab media claim that the import of fuel into the Gaza Strip and the agreement on the issue of Qatari money are Israeli forfeitures, even though Hamas is forced to accept a mechanism that it has strongly opposed so far.

The slow and gradual progress towards calm is the result of significant efforts by Egypt, which began during the fighting itself.

Egypt now has to maneuver between Israel and Hamas’ conflicting demands. 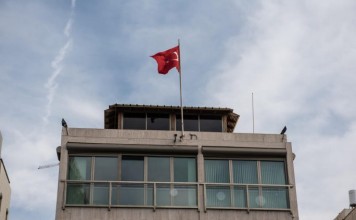 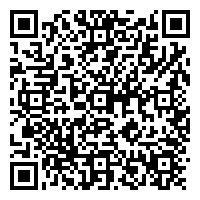