At least nine pro-Iranian fighters were killed this weekend in airstrikes “likely” to have been carried out by the Israeli Air Force against Iranian weapons depots in eastern Syria near the Iraqi border.

This was the second such attack reported in less than 24 hours; a prior air strike on Saturday night also blamed on Israel left four Syrian national and two foreign nationals dead in the village of al-Abbas near the Iraqi border.

In addition to those killed Sunday, a number of others were wounded, including a number in critical condition and seriously injured.

The strikes this weekend were preceded by reports in Iran by the semi-official Tasnim News Agency there that Islamic Revolutionary Guard Corps Quds Force chief Esmail Ghaani had visited Abu Kamal the troops in Syria this past week.

In his remarks, Ghaani spoke out against Israel and the US, accusing the Jewish State of supporting the Islamic State terrorist organization, Reuters reported.

Tasnim quoted Ghaani as describing Islamic State fighters as agents of Israel and the United States, a common accusation by Iran. The news agency later deleted the report without explanation, however. 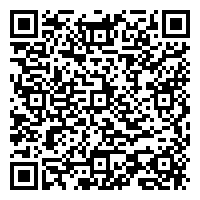