In a deal sealed between Moscow and the Faylaq al-Rahman group of Syrian opposition fighters, 6,432 people were evacuated in 101 buses from Eastern Ghouta this past week. But by Sunday, those numbers had leaped by tens of thousands. (Faylaq al-Rahman is the central and oldest opposition group belonging to the Free Syrian Army, of the Unified Military Command of Eastern Ghouta. The ‘Al-Rahman Legion’ is considered an “Islamist” but non-jihadi, non-Salafi organization, with about 9,000 members.)


According to the Russian Defense Ministry, more than 41,000 members of Faylaq al-Rahman and their families left four communities in the region that hugs the eastern border of Damascus: Erbin, Jobar, Ein Tarma and Zamalka.

Major-General Yur Yevtushenko, head of the Russian Center for Reconciliation, told the TASS news agency on Sunday, “All of them, accompanied by vehicles of security services of the Syrian Arab Republic, ambulance vehicles of the Syrian Arab Red Crescent and Russian military police officers were taken to the Qalaat al-Madiq settlement in the Idlib de-escalation zone.”

The families – many of whom had left earlier in the week – were taken in large tour buses that carried them across the country to a place that most had never seen.

A convoy of 101 buses carrying 6,432 opposition fighters and their families arrived in Idlib from Eastern Ghouta last Wednesday, after an evacuation deal had been agreed upon between Faylaq al-Rahman and Russia. The agreement was announced on Friday and by the next day, more than 19,000 people had been bused out of the area of Eastern Ghouta under the control of Faylaq al-Rahman. Group spokesperson, Wael Alwan said at the time that as many as 30,000 could ultimately leave, if not more. Within days, it was indeed more.

“The road from Ghouta to Idlib was so difficult,” writes teenage Syrian correspondent Muhammad Najem. “I was afraid when I passed through the Russian police check point… We were accompanied by a Russian hilocopter (sic) all the way … “

Najem posted a brief Arabic-language video travelogue on YouTube (above). Although there are no subtitles, the video itself is striking for the story told by the photos, if nothing else: the stark devastation in so much of the countryside – and the beauty of areas seemingly completely nourished.

Three of the buses in one of the convoys carrying the evacuees to their new home never made it: one of the buses hit a mini-truck loaded with vegetables this weekend, and the two buses following then crashed into the first, one after the other. The collision took place in Latakia Province, an area held by regime forces.

At least six of the opposition fighters who were passengers on the first bus were killed, and 20 others were injured. But their families will have to continue to Idlib: their former homes in Eastern Ghouta are now under the control of the Syrian regime. 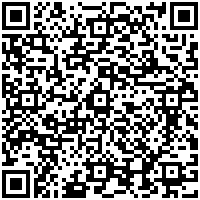