The source of the airstrikes is not yet clear. Numerous Arab media are holding Israel responsible for the attack. There’s been no comment from Israel, in accordance with the policy of the Jewish State.

Syrian state television quoted a military source that said at around 11:45 pm “the army observed hostile missiles coming from over the [Golan border] and immediately the army air defenses intercepted and downed a number of them before they reached their targets … in the airspace of Damascus.”

Airstrikes were reportedly aimed at a weapons depot in Al Kiswah, in southwestern Damascus, a site that has been attacked numerous times in the past.

According to the Arabic-language Al Arabiya news site, “Five airstrikes were carried out towards ammunition depots in the area of Damascus Airport.”

Unconfirmed reports said an Iranian cargo plane may have been damaged at the airport as a result of one of the airstrikes. “Target was an IRGC weapons shipment,” according to military journalist Babak Taghvaee.

Unconfirmed yet, but there is unconfirmed report that as a result of this airstrike of #Israel Air Force at #Damascus International Airport, an #Iranian cargo airplane is damaged. Target was an #IRGC weapon shipment! pic.twitter.com/amcNAFN2rS 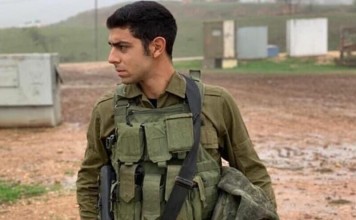