Ukraine’s Deputy Foreign Minister Yevgeny Yenin said on Tuesday that a Ukrainian plane that arrived in Afghanistan last Sunday to evacuate Ukrainians was hijacked and flown to Iran, TASS reported.

“Last Sunday, our plane was hijacked by other people. On Tuesday, the plane was practically stolen from us, it flew into Iran with an unidentified group of passengers onboard instead of airlifting Ukrainians. Our next three evacuation attempts were also not successful because our people could not get into the airport,” Yenin said.


But according to the Ukraine News Agency, a Ukrainian plane departed from Kabul airport on Monday with more than 100 Ukrainian citizens on board. A statement to that effect was made on Monday by Ukraine’s Foreign Minister Dmytro Kuleba during the inaugural summit of the Crimea Platform in Kiev. “Now, while we are discussing the issue of Crimea, another Ukrainian plane took off from Kabul. There are more than 100 Ukrainian citizens on board,” Kuleba announced.

But the spokesperson for Iran’s Civil Aviation Organization on Tuesday dismissed the report that a Ukrainian plane had been hijacked to Iran, saying the aircraft left the country for Kiev after it had landed for refueling in the northeastern city of Mashhad.

The Ukraine News Agency also reported that on Sunday morning, a Ukrainian Air Force Il-76MD military transport aircraft that had taken off from Kabul on Saturday arrived in Boryspil with 83 passengers on board, 31 of them Ukrainian nationals.

Still, according to TASS, citing Ukraine’s Deputy Foreign Minister, the Ukrainian aircraft was hijacked, and the hijackers were armed.

TASS did note that the deputy minister was not specific about what happened to the plane or whether Kiev would seek to get it back, nor how the Ukrainian nationals had made it from Kabul onboard their “practically stolen” plane. Yenin only said, apparently, that his country’s diplomats were “working in the crash test mode” the entire week.

Not a great metaphor to use when reporting a hijacking. 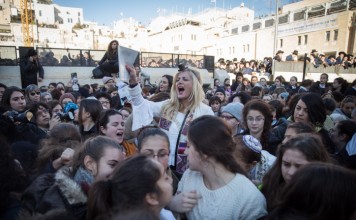