The carnage in Syria continues unabated, as reports came in Wednesday that over 80 people – including two Western journalists and a Syrian journalist – were killed in the besieged city of Homs. Syrian forces pressed on with their assault on Thursday, marking the 20th day of incessant bombardment of Homs.

The deaths of Marie Colvin, a veteran American journalist for Britain’s Sunday Times, and French photographer Remi Ochlik, has drawn further outrage  and condemnation of Syrian President Bashar al-Assad’s regime. According to witnesses, the two were killed when a rocket struck them as they attempted to escape a house that was being shelled. In another sign that the fighting in Homs is still raging intensely, the bodies of Colvin and Ochlik have not yet been extracted, while three other journalists wounded in the same attack are still waiting to be evacuated from the devastation.


The Syrian Information Ministry released a statement on state-run television saying that it “rejects accusations that Syria is responsible for the deaths of journalists who infiltrated into the country on their own responsibility, without the authorities knowing about their entry or location.”

Members of the Syrian opposition have reported that the army is impeding the transfer of medical supplies to Homs, while the International Committee of the Red Cross has been working feverishly to secure an agreement between the government and the opposition to implement daily ceasefires.

Meanwhile, the United Nations asserted in a report released Thursday that Syrian forces have been directed by “officials at the highest level of government” and the military to commit “crimes against humanity and other gross human right violations,” implying that Assad himself is guilty.

“The commission received credible and consistent evidence identifying high- and mid-ranking members of the armed forces who ordered their subordinates to shoot at unarmed protesters, kill soldiers who refused to obey such orders, arrest persons without cause, mistreat detained persons and attack civilian neighborhoods with indiscriminate tanks and machine-gun fire,” read an excerpt from the report to the UN Human Rights Council. The report includes a confidential list of names of high-ranking officers and officials alleged to be responsible for perpetrating these and other crimes against humanity.

The UN commission was barred from entering Syria but asserted that it had interviewed 369 victims and witnesses. “Satellite imagery of areas where military and security forces were deployed and related reported violations occurred, corroborated a number of witness accounts.”

Syria’s Arab neighbors meanwhile continue to distance themselves from the Assad regime, with Egypt recalling its ambassador to Syria on Sunday. “The decision is a message that Egypt is unsatisfied with the situation in Syria as it is,” a Foreign Ministry official said. The decision came a few days after the Arab League’s entreaty for Arab states to end diplomatic relations with Syria, and follows similar moves by Gulf states and other Arab nations.

Saudi Arabia’s King Abdullah, in a brusque phone conversation with Russian President Dmitry Medvedev, was adamant that there was no use for additional dialogue with the regime, and criticized Russia’s controversial veto of a UN Security Council resolution in early February. “[A]ny discussion about the situation would be fruitless,” he was quoted as saying by SNA, the Saudi state news agency. “It would have been better if our Russian friends coordinated with the Arabs before using the veto in the Security Council.”

In related news, a “Friends of Syria” conference is scheduled to take place on Friday in Tunisia, and will be attended by Arab League countries, Turkey, the United States, European nations – all of whom are demanding that Assad resign. French Foreign Ministry spokesman Romain Nadal insisted that the conference would illustrate Assad’s isolation. “It will recall that the international community has condemned the regime’s venture into criminality.” Russia, Syria’s primary guarantor in the international community, has said it will boycott the meeting.

Also, according to a report in Asharq Al-Awsat that may calm Western jitters, the Free Syrian Army has rejected the service of Arab jihadists in fighting the Assad regime. The report cited Imad Husari, a member of the Syrian National Council as saying that non-Syrian jihadists are already in Syria, but that the opposition has turned them away.

Stateside, Republican presidential hopefuls Mitt Romney and Newt Gingrich both advocated the idea of arming Syrian insurgents, joining republican lawmakers John McCain and Lindsey Graham in pressuring the Obama administration to do more. “We need to work with Saudi Arabia and with Turkey to say, ‘You guys provide the kind of weaponry that’s needed to help the rebels inside Syria,'” said Romney, invoking geostrategic considerations in toppling Assad. “If we can turn Syria and Lebanon away from Iran, we finally have the capacity to get Iran to pull back.” 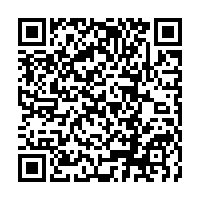