JERUSALEM – A number of pro-Western Arab leaders have told officials of the Conference of Presidents of Major American Jewish Organizations that “Israel remains the only hope of confronting and eliminating the Iranian threat to the entire Middle East region.”

Malcolm Hoenlein, executive vice chairman of the Presidents Conference, acknowledged during a press conference at Jerusalem’s Inbal Hotel earlier this week that he and other high-ranking Jewish organizational leaders have conducted “ongoing quiet discussions with Arab leaders whose goals are not to get headlines, but rather to engage in serious dialogue based on regional issues.”


Hoenlein added, “While I choose not to reveal their names, they have all expressed serious concern about Iran and are interested in making peace with Israel. They are serious about what they say and proof of that has been seen in recent weeks, as you don’t hear many of these leaders raise the Palestinian issue against Israel in our discussions or in the headlines.”

Richard B. Stone, the new chairman of the Presidents Conference, told The Jewish Press, “You can see that the Palestinian issue, and the peace process in general, have also receded into the background within the White House during the past few weeks. Even the Europeans are with us [on the issue of Iran] as much as they can be. During private talks with leading politicians in Europe, we also discovered pro-Israel support in places that we didn’t expect.”

On Tuesday members of the Presidents Conference, who were in Israel for their annual weeklong leadership mission, quietly slipped away from the Inbal Hotel with an armed escort and traveled to Amman for a meeting with King Abdullah II.

The delegation had a “remarkably candid and open exchange” with the king, Hoenlein said upon his return from the Jordanian capital. Hoenlein said Abdullah, who has been harshly critical of Netanyahu, voiced his “appreciation” for the Israeli leader’s efforts at “creating a climate in which negotiations can move forward.”

The delegation in turn told the king it appreciated “the role he is playing in trying to bring the Palestinians to direct negotiations” with Israel, said Hoenlein.

Also in their hour-long meeting, Abdullah and the Jewish leaders discussed issues related to Syria and Iran, as well as reforms in Jordan, Hoenlein said.

In addition to the king, the delegation met with the Jordanian foreign minister and the U.S. and Israeli ambassadors to Jordan.

Hoenlein met with Abdullah a month ago in Washington and proposed the Amman meeting with Jewish leaders. The king was receptive to the idea and instructed his staff to work with the Presidents Conference.

In his address to the Presidents Conference on Sunday, Netanyahu avoided speaking about a possible Israeli military strike against Iran, choosing instead to focus on what he called “four great challenges.”

Israel, he said, “must deal with the threat of a nuclear armed Iran, missile attacks from our neighbors, cyber warfare and border penetration by thousands of illegal refugees who could engulf the country. Meeting these challenges will require ingenuity, dedication, management and a lot of money.”

Netanyahu said that when the revolutions across the Arab landscape began, he heard criticism that he was not optimistic enough.

“I think optimism is being realistic and addressing things as they are, and we looked at it with sober eyes and we said it might go to the Google generation, but it might not – it might go to the Islamist direction. And by and large it has,” he said.

Netanyahu said that since most of the Arab countries that had rebellions now being run by Islamists – with Iran as exemplar, achieving progress with the Palestinians is difficult because they “pile precondition on precondition” in order to appease their radical patrons.

The increased cost of defending the Jewish state, and leaving enough money for social, educational, and health needs, cannot hinge on foreign assistance and must come from the country’s economy, Netanyahu said. 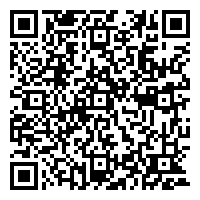