It seems that the protest areas in Cairo are so packed, mobile networks are overloaded and it’s hard to get through to people in the area, reports Al Ahram in live updates. Protesters are carrying flags bearing the face of the revolution’s slain protesters, like Mohamed ‘Gika’ Gabr who was killed during Morsi’s rule, Mina Daniel who was killed during the rule of the military council, and Khaled Said who was killed under Mubarak.

Protests are raging right across Egypt with protesters calling on President Mohamed Morsi to step down after one year in power.


In Alexandria, hundreds of protesters flocked to al-Qaed Ibrahim Square, interrupting the flow of traffic at the Corniche. Protesters chanted “Leave!”

Meanwhile, Prominent Sunni cleric Youssef El-Qaradawi, known for his support for the Muslim Brotherhood, has released a video statement calling on Egyptians to stay patient with President Mohamed Morsi, stressing that he is expected to make mistakes as he is a human being. 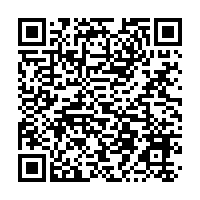