Archaeological excavations which were conducted by the Israel Antiquities Authority in the Judean foothills moshav (cooperative village) of Eshta’ol, before laying a sewer line, have unearthed evidence that the area where the moshav houses sprawl started attracting agricultural entrepreneurs as far back as 9,000 years ago.

According to Benjamin Storchen, the excavation director on behalf of the Israel Antiquities Authority, “the ancient findings we unveiled at the site indicate that there was a flourishing agricultural settlement in this place, and it lasted for as long as 4,000 years.”


The archaeological artifacts discovered in the excavation site indicate that the first settlers arrived here about 9,000 years ago. This period is called by archaeologists the Pre-Ceramic Neolithic period, which includes the earliest evidence of organized agriculture.

The site continued to flourish, and reached the peak of its development in the early Canaanite period, about 5000 years ago. This period is characterized by the consolidation of large rural communities, which were dispersed all across the country. The economy of these villages relied on field crops, on orchards and on livestock farming, which continue to characterize in today’s typical Mediterranean agriculture.

This period is credited with some technological innovations in agriculture which upgraded man’s ability to process extensive areas of crops more efficiently.

It appears that the Canaanite site being excavated at the moshav Eshta’ol was part of a large settlement bloc, which came to an end for reasons that are not sufficiently clear some 4,600 years ago.

Stortz’n explains that “these findings indicate a broad and well-developed settlement in the area of the Judean foothills, near the spot where two local rivers, the Kislon and the Ishwa, meet.”

He claims that “these two riverbeds, which today are dry, were alive with streaming water in ancient times, which provided the necessities of life for the local community and allow them to develop thriving agricultural systems alongside an economy based on hunting. The evidence to that are flint warheads, discovered in the same excavation.

These early farmers developed a rich culture, which was reflected, among other things, in the plan of the Canaanite residence exposed at the site, right next to one of the moshav homes. There’s also an abundance of findings: pottery and stone tools, flint tools, including those used to harvest wheat and for housework, and arrowheads used for hunting animals and as weapons, as well as beads and bone artifacts. 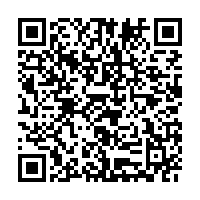