Tens of thousands of Morsi supporters gathered peacefully at Nasr City’s Rabaa Al-Adawiya mosque on Tuesday evening, three miles away from Cairo’s presidential palace, to “support the legitimacy of Egyptian President Mohamed Morsi,” and to voice their intentions to vote for the draft constitution in Saturday’s referendum, Al Ahram reported.

The pro-Morsi demonstrators had blocked a nearby road, chanting “Islam is returning” “Yes to the constitution” and “Morsi is the elected president.” Placards emblazoned with Morsi’s picture and slogans supporting the constitution were on display among the crowd.


Also on Tuesday evening, tens of thousands of anti-Morsi demonstrators were rallying at the presidential palace to protest Saturday’s constitutional referendum, three miles away from Rabaa Al-Adawiya mosque in Cairo’s Nasr City, where supporters of the president had gathered. Thousands filtered through openings that had been made by protesters in barriers erected by the military around the palace on Monday.

Morsi had what may have been his sole moment in the sun when the west was congratulating him on his efforts to help broker the ceasefire between Israel and Hamas, the eight day conflict that took place in November.  The ceasefire agreement elevated Morsi to the position of peace-broker of the Middle East. But, perhaps emboldened by the global accolades, the very next day Morsi issued a series of decrees that placed his orders above the judiciary, and consolidated virtually all power within his own hands.

The massive protests sparked by those decisions have brought Egypt to a virtual standstill, and Morsi has issued conflicting decisions, some countermanding ones decreed only hours earlier, as was the case with the raising of taxes on certain items like soft drinks, cigarettes and beer and then their rescission over the weekend.

When the opposition continued to protest Morsi’s rule, his latest response was to issue another new edict, this one empowering the Egyptian military to arrest protestors.  It was announced Monday that this new decree would be issued in the government Gazette, titled “Law 107,” and would take effect today through this coming Saturday, December 15.  On that day, Egyptians are scheduled to vote in a referendum on the new proposed Constitution, drafted largely by Muslim Brotherhood members and other Islamist extremists.

The opposition movement, is denouncing the intended vote.  They believe the draft constitution does not reflect the will of the Egyptian people.  If the vote goes forward, the referendum will “lead to more division and sedition,” the National Salvation Front’s spokesperson, Sameh Ashour, said in a statement issued on Saturday.

The president and his backers want to go forward with the vote on Saturday, they seem to be confident that the results will reveal widespread support for the proposed constitution.  Morsi has promised that if the constitution is rejected in Saturday’s vote, a new one will be drawn up according to the wishes of the people, rather than the Islamist-dominated parliament, which crafted the current version.  The opposition does not seem to take comfort in his assurance.

The Front and other opposition groups continue calling for demonstrations to reject Morsi’s decisions.

For weeks opponents have been accusing President Morsi of acting like a dictator and of being controlled by malevolent forces.  The Islamists have begun to fight back.  On Monday, leading Salafist preacher Saeed Abdel-Azim warned that if protests continue, there will be what he called an “Islamic revolution.”  He also claimed that the opposition is funded by “foreign agents” acting on orders of the U.S. which seeks to strengthen Israel by creating chaos in Egypt. 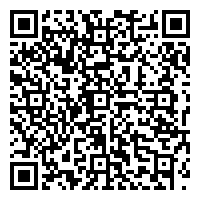