Secretary General of Hezbollah Seyyed Hassan Nasrallah said on a televised address Sunday that the execution of prominent Shia cleric Sheikh Nimr al-Nimr by Saudi Arabia will not be taken lightly. Nasrallah said criticism is forbidden in Saudi Arabia, adding that the country is no place for any cleric of any sect who questions the kingdom’s policies.


The Hezbollah chief said, “He who speaks out is executed. This is Saudi Arabia, which wants to spread democracy in the region.”

Al-Nimr was executed Saturday together with 46 other people accused of being terrorists or inciting violence against the Saudi royal family. The cleric was a prominent critic of the Saudi regime, and his conviction of terrorism has further strained relations between Sunni and Shia Muslims in the region, causing fear that those tensions could continue to spiral into violent clashes.

The executed al-Nimr led a mosque in the predominantly Shiite eastern section of Saudi Arabia. He had long been an outspoken critic of the Saudi royal family, and in 2011 supported a regime change from the monarchy.

“He was very courageous regarding what he said,” Nasrallah said, adding, “He was a reformer” championing the rights of people in the Arabian Peninsula. “He spoke what is right.”

“This execution was very shocking,” Nasrallah said, suggesting the Saudis were sending the Islamic world “a message in blood with the swords, with beheadings,” that “he who criticizes us, his blood will be spilled.”

Nasrallah accused Riyadh of promoting divisions across the Muslim world, noting that whenever there is difference between Sunnis and Shias “look for Saudi Arabia,” adding, “They are partners in all the blood which is spilled in the Arab and Islamic countries.”

The Head of Iran Strategic Center at the Expediency Council Ali Akbar Velayati said there is no doubt that the Saudi kingdom will pay the price for the murder.

A memorial service for Ayatollah Sheikh Nimr will be held in all the mosques of Tehran on Monday. 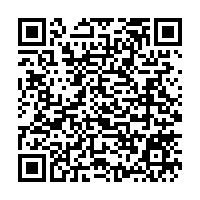