Prime Minister Benjamin Netanyahu announced tonight that Yossi Cohen will be the next head of the Mossad. The current Mossad Chief Tamir Pardo will end his term in January. Cohen has been the National Security Adviser and head of Israel’s National Security Council. Before that he served as deputy head of Mossad.

Cohen, 54, who was scheduled to appear at the Brookings Institute Saban Forum over the weekend canceled at the last minute, and now we know why. According to Israeli media, Cohen is a “safe” appointment which is not expected to face significant opposition.


Born in Jerusalem to a right wing family (his father fought in Menachem Begin’s Irgun), Cohen graduated from Rabbi Haim Drukman’s Yeshiva High School “Or Etzion.” He joined Mossad in 1984, at age 22. He was the only cadet who wore a yarmulke at the agency’s officers school, and then as head of the Mossad offices in Europe. In the early 1990s Cohen completed his BA in Political Science at Bar-Ilan University.

On the occasion of introducing Cohen, PM Netanyahu stated: “The Mossad will continue to fortify our strength through actions and operations which are better left unstated. The intelligence service must match its capacities with the cyber era and advanced technology. It must remain among the best intelligence and spying agencies in the world. On the operational side, the Mossad will continue to help develop diplomatic relations around the world, including with Arab and Muslim countries.”

With Cohen’s appointment, three of Israel’s top security officials — the heads of Mossad, the Shabak chief, and police commissioner — are now observant Jews. 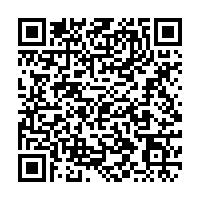