A new Lobby dedicated to strengthening Israel’s relations with the African continent was launched at the Knesset on Monday, in the presence of Prime Minister Benjamin Netanyahu (Likud), Knesset Speaker Yuli Edelstein (Likud) and several African ambassadors to Israel.

Lobby Chairman MK Avraham Naguisa (Likud), who also heads the Committee for Immigration, Absorption and Diaspora Affairs, said the Jewish nation and the African nations “both suffered from discrimination and a foreign regime” and share a “historic common struggle against colonialist oppression.”


“The land in Africa is fertile, and together with Israeli technology, there is an opportunity to promote a revolution in the way food is produced in Africa,” Naguisa stated.

The PM told the African representatives that “Israel and Africa face many challenges, the biggest one being radical Islam, which threatens all of Africa’s countries and, in my opinion, the entire world. We are familiar with the threat posed by Al-Shabab and the like, and are prepared to assist in the war against them and offer you our expertise.”

“We want to help in the war on terror and in taking advantage of the opportunities of tomorrow. These go hand in hand,” Netanyahu said.

Speaker Edelstein spoke of the importance of strengthening the parliamentary relations between Israel and African countries. “Governments come and go, but parliaments remain. Therefore, we have started cooperating with many parliaments in Africa,” he said, expressing his hope that by boosting parliamentary ties “we will be able to bring a positive message to the entire region.”

Cameroon’s Ambassador Henri Etoundi Essomba, the dean of the African Diplomatic Corps in Israel, noted that Netanyahu “is one of the first Israeli leaders to open, with full force, a small window between Africa and Israel.”

Kenya’s ambassador to Israel, Augostino S.K. Njoroge, said President Uhuru Kenyatta’s recent visit to Israel has been his most successful official visit to a foreign country, adding that Kenya was looking forward to strengthening its relations with Israel. 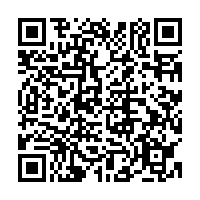