Charles Aznavour, world renown vocalist known as the “French Sinatra,” passed away on Monday at the age of 94.

Born May 22, 1924 in Paris, the vocalist held citizenship in Armenia and Switzerland as well as France. Although his name became Charles Aznavour, his birth name was Shahnour Vaghenag Aznavourian. He never forgot his Armenian roots, and in 1988, after a devastating earthquake killed more than 30,000 people in Armenia, Aznavour expressed his gratitude to the Jewish State for the humanitarian aid provided by Israel to the victims of that disaster.

#CharlesAznavour, the “French Sinatra,” died today. His music and strong bond with Israel and the Jewish people touched the lives of many. May his memory be a blessing. pic.twitter.com/fGSE71E91L

Aznavour wrote hundreds of songs. He had a special bond with the Jewish People and with the State of Israel. The first French singer to perform in Israel, he had been to the Jewish State many times since, most recently in December 2017.

Just two months prior, in October 2017 he met Israel’s President Reuven Rivlin and received the Raoul Wallenberg Medal for his parents’ role in helping Jews and Armenians during World War II. 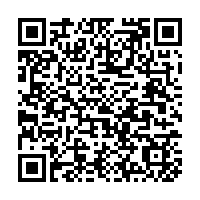