Pulitzer Prize winning Jewish author Herman Wouk has died in his sleep at his home in Palm Springs, California just a few days shy of his 104th birthday.

Wouk was working on a book until his final day, according to his literary agent, Amy Rennert, who spoke with The Associated Press.


Born in the Bronx, NY in 1915 to Russian Jewish immigrants from Belarus, Esther and Abraham Isaac Wouk, Herman Wouk was the second of three children who grew up in an observant Jewish home. His mother was the daughter of a rabbi; his father a fan of Sholem Aleichem, which he read to his son every night.

Wouk joined the U.S Navy following the attack on Pearl Harbor and served in the Pacific Theater during World War II, during which he served as an officer aboard two destroyer minesweepers (DMS), the USS Zane and USS Southard, becoming executive officer of the latter. He participated in eight invasions and won a number of battle stars.

One of the most important books he ever wrote was one of his first, This Is My God, published in 1959, which explains Judaism to Jews and non-Jews. Wouk studied Talmud daily and for a great part of his life also led a weekly Talmud class.

It was The Caine Mutiny that won Wouk the Pulitzer Prize in 1952, however, and led to a film of the same name in 1954; Wouk transformed the courtroom scene into the play, The Caine Mutiny Court-Martial.

He is also known for having authored The Winds of War, War and Remembrance, Marjorie Morningstar, The Hope, The Glory, Slattery’s Hurricane and Don’t Stop the Carnival, among others. His books have been translated into 27 languages.

Wouk is predeceased by his wife Betty Sarah Brown, whom he married in 1945 and who passed away in 2011. The couple had three sons, Nathaniel, Joseph and Abraham; Abraham, born in 1946, passed away in 1951.

How to Lose a War 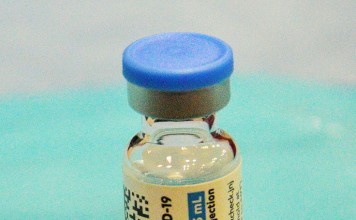