In a recent paper published in Towards Data Science (Using Kalman Filter to Predict Corona Virus Spread), Ran Kremer, a Master’s student in electrical engineering at Bar-Ilan University’s Kofkin Faculty of Engineering, elucidated how the Kalman filter can accurately predict the worldwide spread of coronavirus and produce updated predictions based on reported data.

Kalman filter is an algorithm that provides estimates of some unknown variables given a series of measurements observed over time. It was pioneered by Rudolf Emil Kalman in 1960, originally designed and developed to solve the navigation problem in the Apollo Project. Since then, it has had numerous applications in technology such as guidance, navigation, and control of vehicles, computer vision’s object tracking, trajectory optimization, time series analysis in signal processing, econometrics and more.


Kremer has recently implemented Kalman filter to track the spread of coronavirus around the world in order to generate next-day predictions for number of infections, fatalities, and recoveries in many infected regions. The method has produced powerful short-term predictions. In many regions in China, such as Shanghai, Henan, Beijing, and Hubei, as well as the Diamond Princess cruise ship, for example, Kremer’s predictions on these fronts were virtually identical to reality. Similarly, his model accurately predicted that the spread of coronavirus in China would end in mid-March, with 3,100 deaths in Hubei.

“With the encouragement of Prof. Zvi Lotker, who gave me the idea to predict the spread of coronavirus before it became the global issue that it is today, I built an online Kalman filter algorithm that is adaptive, meaning that it doesn’t need a lot of historical data. Each day the algorithm is updated with new observations, and after parameter estimation is done it can generate predictions for the next day,” says Kremer.

In a follow-up article (Coronavirus Spread Prediction), Kremer, who previously worked for many years in high-tech specializing in data science and machine learning, addressed trends in other hard-hit countries in Asia, Europe, and the United States and made accurate predictions there, as well. Long-term predictions estimate the future trend well but cannot predict when this trend will change, especially during rapid eruptions (as seen in Italy, Spain, Iran, etc.). This depends on government intervention, local health care, and testing capacity.

The trend of massive eruptions in many European countries and US states (especially New York) keeps growing, although Kremer’s model has begun to predict a downward trend in new infections in Italy, Norway and Sweden beginning in mid-April. In South Korea, the model accurately predicted significant improvement on March 2, 2020. In Israel, although the number of confirmed cases has recently grown, there is no rapid eruption, and predictions show the spread is significantly lower than in other regions.

Significant government intervention, alongside tremendous worldwide medical efforts and upcoming warm weather, will hopefully limit the pandemic soon. Whenever this happens, this model will rapidly identify it. 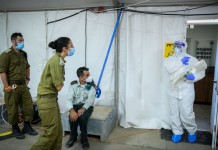 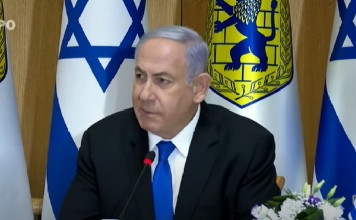