As Israel’s yearly jellyfish influx approaches its apex, University of Haifa’s Leon H. Charney School of Marine Sciences has been studying the ecology and life cycle of jellyfish along Israel’s coast. And as a huge swarm of jellyfish appeared off Haifa’s coast, the University’s researchers took the opportunity to get up close and personal with Israel’s all-too-familiar summer marine animals — and this year they’re larger than ever.

“Overall, this is the summer bloom of jellyfish that we anticipate, but there’s a slight difference in the size of jellyfish — on average, they’re bigger this year than in other years,” explained University of Haifa Professor Dror Angel.


“We had a very rainy winter this year, and the runoff that reached the sea provided a lot of nutrients that contributed to the formation of the jellyfish bloom. The nutrients feed the algae; the algae bloom and are eaten by small plankton herbivores, and these are then eaten by the jellyfish.”

Could increases to the size of the jellyfish have anything to do with the coronavirus pandemic we’re experiencing and decrease in human presence along the country’s shores? According to Prof. Angel, that’s unlikely.

“I don’t think the coronavirus has anything to do with the jellyfish,” Prof. Angel insisted. “I think nature is the bigger player. We’re looking at cues like changes in temperature, as these probably play a role in determining when jellyfish appear. Rainy winters or more arid winters could determine the size of the bloom the following summer.

“We haven’t identified human-driven factors, like pollution, which could also be affecting the blooms. At the moment, we think natural phenomena have more of an impact than human effects.”

Situated at the doorstep of the Mediterranean Sea, University of Haifa’s Leon H. Charney School of Marine Sciences increasingly pursues groundbreaking maritime research with practical applications. Regarding the school’s research on jellyfish, Prof. Angel went on to explain:

“We’re trying to understand the ecology of the various jellyfish in our coastal waters — when do the blooms appear, why are they bigger or smaller in some years, and so on. We’re also looking for missing evidence in the life cycle of the nomad jellyfish – where are certain life stages found, what eats the jellyfish and what do the jellyfish eat, how they interact with the marine system, and we are exploring the use of jellyfish as a means to reduce microplastic pollution in the ocean.

“One of the outstanding observations over the past decade is that we keep finding what we consider new jellyfish in our coastal waters. Different, intriguing species keep appearing. Although we consider them new, it’s possible that they’ve been around and we just didn’t see them until they became more abundant. It seems that the more you look, the more you see.” 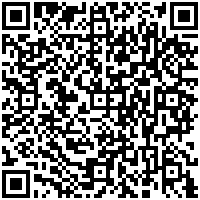