Israeli researchers have discovered a new enzyme called FerT, which exists only in the energy-generating mitochondria of cancer cells.

Using experimental mice, the researchers targeted that enzyme in the lab, and found that once targeted, the malignant cells were unable to produce energy and died.


Searching elsewhere for the enzyme in the human body, the research team found it only one one specific cell: the sperm cell.

According to an article in Science Daily, sperm cells are the only cells in our body which exert their functions outside the human body.

The findings of the study, led by Professor Uri Nir, were reported in the journal ‘Nature Communications‘ earlier this month.

The research team, based at the Faculty of Life Sciences at Bar Ilan University in Ramat Gan, used advanced chemical and robotic approaches to synthesize a compound that can be administered orally or by injection and which results in the destruction of the malignant cells.

“Like metastatic cells, sperm cells are unique in that they can also generate energy under very harsh conditions,” Professor Nir said, according to Science Daily. “Once they have entered the female birth canal, where there is no blood supply for them, they produce and expend enormous amounts of energy under very extreme or abnormal conditions.

“We found that very aggressive metastatic cancer cells looked for and identified this sperm-specific protein, learned how to produce it and harnessed it in order to potentiate their mitochondria and produce energy under very harsh conditions.”

The research team hopes to begin Phase 1 clinical trials within the next 18 months. 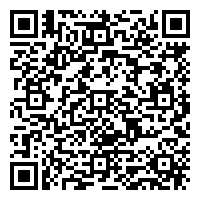