Israeli researchers at Ben-Gurion University of the Negev say people possess a “neural fingerprint” – a magnitude of variability in brain activity that is unique and individual.

Their findings, published this week in eNeuro, hold promise for identifying and assessing the severity of neurological and psychiatric disorders, including autism and attention deficit disorder.

The researchers say that most people assume that when they see the same thing repeatedly, their brain responds in an identical, reproducible manner. But actually, brain responses vary dramatically from one moment to the next and most importantly, the magnitude of this variability is a stable individual trait.

“Some of us have brains that are more variable and less stable than others. This variability is apparent when we record the brain responses of individual adults with an EEG,” explains group leader Dr. Ilan Dinstein, head of the Negev Autism Center.

“The magnitude of this brain variability is pretty much the same regardless of what the subjects are doing, whether they are performing one task or another,” says Dinstein. “It is also consistent over time, even when we tested the subjects a year later. All of which means that each one of us has a specific magnitude of brain variability regardless of what we are doing.”

Until now, the scientific consensus has held that brain variability/noise mostly depends on whether a person is paying attention (or not) to the task that they are performing. Dinstein and his team were able to show that, in fact, the task performed is a minor factor; the major factor is the person’s identity.

“The really interesting question here is whether individuals with different magnitudes of brain variability/noise have different behavioral capabilities,” says Dinstein.

“We are now using EEG recordings during sleep in very young children to see if excessive variability is an early marker of at least some cases of autism. We hope that this may aid in early diagnosis and point to a specific neural problem in some of the autism cases. This will hopefully lead to specialized autism treatments that we are now developing at the Negev Autism Center.”

These different tasks allowed the researchers to demonstrate the generalizability of their findings.

Individual subjects exhibited the same magnitudes of brain variability regardless of the task they performed and across recording sessions separated by a whole year.

This study was supported by ISF grant 961/14 and an Israel Ministry of Immigrant Absorption Fellowship. 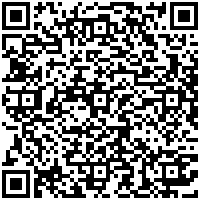