Several dozen structures constructed as synagogues may be found in India today. Among them are those that are fully functional, open yet marginally active, closed but still intact, decommissioned, or begin used for other purposes.

India’s standing synagogues date from the sixteenth century to modern times, varying in design and scale from the large and grand to the single-room and modest. Erected on urban, suburban, or rural sites in different styles and spatial arrangements influenced by many design precedents, climatic considerations, and construction traditions, they now have varying levels of upkeep and preservation.


The synagogues were established by five distinct communities of Jews living in India. Three of the communities have long-established Jewish roots in the country – the Bene Israel, the Cochini, and the Baghdadi. The B’nei Menashe and Bene Ephraim were more recently organized and therefore have less defined histories.

The rich diversity of these synagogues is highlighted in a publication entitled The Synagogues of India: Architecture, History and Communities authored by Harvard and Cornell University-educated architect and academic Jay A. Waronker.

Since the 1990s Prof. Waronker’s scholarship has focused on the documentation, study and preservation of synagogues and other Jewish architecture in India, Myanmar and sub-Saharan Africa. Waronker’s work includes numerous paintings of India’s unique houses of worship, 18 of which are currently on display at the Department of Jewish Art at Bar-Ilan University.

“With his steady hand of an architect and passion of a devoted admirer of flamboyant Indian Jewish culture, Waronker has created a series of images of synagogues combining a photographic precision of details with the spirit of empathy and sincere devotion,” says Prof. Ilia Rodov, Chairman of the Department of Jewish Art and an expert in synagogue architecture and design.

“Shown mostly with closed gates, dark windows and unpopulated interiors, the synagogues evoke in us a sense of nostalgia and vanishing grandeur.”

The exhibition, courtesy of the painter, was organized in cooperation with the Indian Jewish Heritage Center of Israel and the Embassy of India in Tel Aviv. 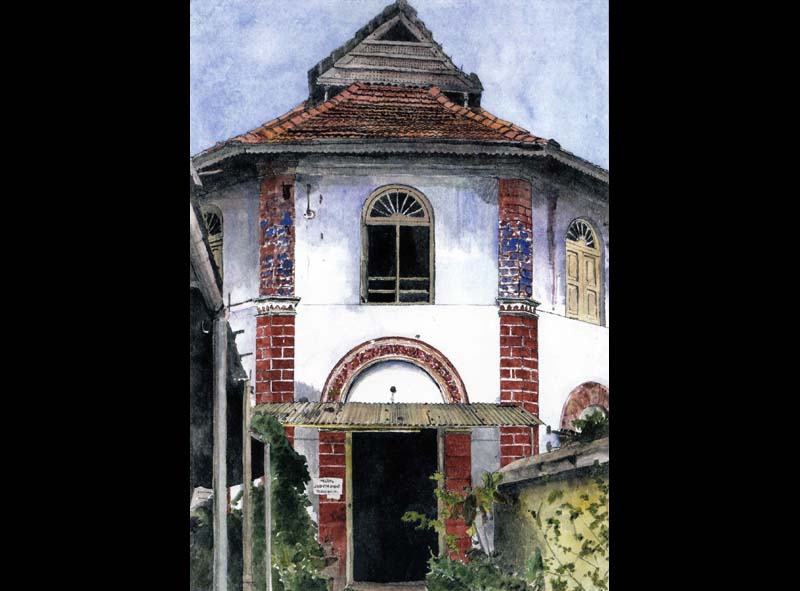 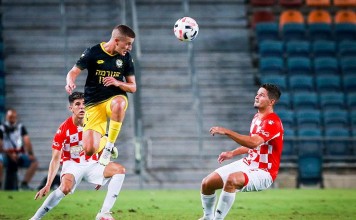