On Tuesday, November 7, the Netiv Aryeh yeshiva invites the global Jewish community to “live the legacy” for one day, in support of yeshiva education in Jerusalem – with a goal of $1,000,000. The one day campaign celebrates this exceptional yeshiva’s enduring commitment to dynamic Jewish learning and living that extends far beyond the walls of the classroom.

From its inception, Netiv Aryeh has offered a unique blend of Torah learning on many levels, exposure to great Torah scholars, involvement in charity, and identification with the modern day State of Israel. Many alumni have established homes in Eretz Yisrael, while those who have remained in the Diaspora are among the more active members of their communities and strong supporters of Israel.

In the past 50 years, more than 3,500 alumni and students have come to think of Yeshiva Netiv Aryeh as their home and family, infinitely intact, no matter their years, distances, or life choices.

“We’re not just a yeshiva that you come and learn at for a year. We are connected for life,” said Rabbi Yitzchak Korn, one of long-time rabbis at the Yeshiva. “Whether through siblings, friends or children, each of us has been forever touched by Netiv Aryeh.”

“YNA not only inspired me a sense of passion, purpose and commitment to Judaism,” said alum Gabriel Silverman, “but equipped me with the tools to be able to harness that power to better both myself and those around me, both in yeshiva and beyond.”

Another student, Yosef Povarsky added, “Coming from a family with a tradition of the highest level in gemara, Netiv Aryeh was able to advance my skills and inspire me.”

In addition to its comprehensive curricular program and engaging Israel experience, Yeshivat Netiv Aryeh provides supports to its lone soldiers/alumni who join the IDF after their time in Yeshiva.

To support and join Netiv Aryeh’s living legacy, please visit the Charidy site, to help reach the ambitious—and so very needed—goal of $1 million in one day (Nov. 7). Every donation counts. 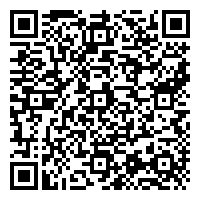