Defense Minister Benny Gantz has ordered the deployment of 1,000 IDF soldiers to reinforce Israel Police forces as the state wrestles with a serious upswing in deadly terrorism.

The order was issued during a situation assessment Gantz held with IDF Chief of Staff Aviv Kochavi, Shin Bet director Ronen Bar and other security officials.


Gantz signed off Wednesday on the directive.

The additional forces are to “provide the Israeli police extensive assistance, including the training of 15 companies from various special forces units that will be deployed in part in the [Judea-Samaria] region and in major cities at the discretion of police.”

IDF combat soldiers are also to be allowed — and encouraged — to leave base with their personal weapons.

“The IDF is prepared for a variety of scenarios, and it will do whatever is needed to be done to guard the lives of the residents of Israel,” said Kochavi in a brief statement.

“IDF forces are deployed with the utmost vigilance in the various sectors in order to strengthen the sense of safety and security of the residents of Israel.”

The Judea and Samaria division of the IDF has also cancelled leave for all soldiers, according to the IDF Spokesperson’s Unit.

An additional 3,000 officers are to be deployed by Jerusalem District Police at various flashpoints around Jerusalem, beginning Friday, as the Islamic holy month of Ramadan begins.

Nearly 400,000 Muslim worshipers are expected to flood the city and stream into the Temple Mount compound to attend prayers at the Al Aqsa and Dome of the Rock mosques.

Jewish visits to the site — one of the holiest in the Jewish faith — will continue to be allowed, but are likely to be limited during this time.

Defense officials have also reportedly decided to expedite the call-up of thousands of Border Guard Police reservists, who will be deployed in Judea and Samaria, according to a report Wednesday by Ynet.

A total of 12 extra IDF battalions are to be assigned to routine security operations around Judea and Samaria, with two additional battalions to be sent to the Gaza Envelope, along Israel’s border with Gaza.

Within the last week, 11 people have been killed by Arab terrorists who live on both sides of the border with the Palestinian Authority.

The straw that broke the camel’s back was the third terrorist attack, which took place Tuesday night in Bnei Brak and left five people dead, including a police officer who managed to neutralize the killer together with his partner before he succumbed to his own mortal wounds. 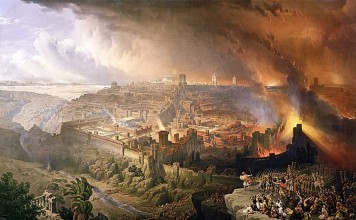 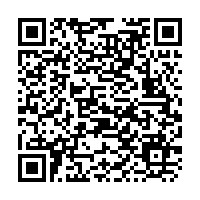