The New York Police Department’s Hate Crimes Task Force is investigating an anti-Semitic attack on a Jewish woman that took place at a subway station on Manhattan’s Upper East Side, reported the New York Post.

The 44-year-old victim, whose identity was not revealed, was choked by an unidentified male suspect, who made anti-Semitic remarks while she waited on the subway platform of the No. 6 train at around 11:20 a.m. on Tuesday, according to police.

The attacker approached the Jewish woman and reportedly made anti-Jewish remarks while attempting to choke her by putting his hands around her neck and squeezing. The victim was taken to a hospital to be treated for injuries she suffered from the incident, police sources told the New York Post.

The NYPD is asking anyone with information related to the incident to call its Crime Stoppers Hotline at 1-800-577-TIPS or to submit information online or via Twitter. 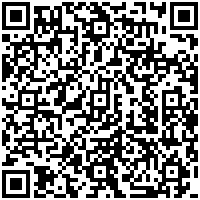