With those promises in mind, tell me if you fell off your seat when you read next that a report of the Commissioner for Biometric Applications, Roy Friedman, issued last week, found that over the past seven years, the Population and Immigration Authority has been sending “reduced quality” facial images of millions of citizens to another state entity in violation of the law.


Frankly, I’m surprised they were caught after seven years. The transfer of the “secure” data was stopped only in March 2021, after the commissioner had learned of it. He held a joint discussion on the subject with representatives of the Population Authority and the state entity that collaborated in breaking the law. According to last week’s report, “the Commissioner will closely monitor this gap until it is closed.”

According to Haaretz, the Population Authority was reluctant to obey the law – as you’d expect from a government agency. The commissioner has already demanded in three different reports from the Population Authority to regulate the data reservoir or shut it down. In response, the authority argued that the service providers in the offices of the Population Authority need a visual presentation of facial images to assist them in carrying out their duties, especially when it comes to a resident who shows up without a picture ID. But then, as he was working on his current report, the Commissioner discovered that another database had been set up, this time on the computers of the border controllers, in an information system code-named Rotem. This database was been transferred to the “other state entity” on an ongoing basis since 2015 and said other entity is keeping its own archives of the same data.

On March 13, a supervisory hearing was held between the Commissioner, the Population Authority, and the state entity whose name shall not be revealed. By the way, according to Haaretz, they asked Israel Police and they denied being that anonymous entity.

During the meeting, it was reported that the transfer reduced quality images and continued other work protocols that preceded the national project of smart data collection. The Authority clarified that no similar transfer of reduced images was made to any entity other than that state entity, which in turn told the Commissioner that the information it received had not been transferred outside the agency.

Question: what if they’re lying? I mean, they lied before, they started lying almost as soon as the law had gone into effect. What if every single statement they’re making is a big, fat lie? Because, be assured, it is.

Last week, the government advanced the police’s request for posting biometric cameras in the public space, among other things, for the “prevention, thwarting and detection of serious criminal offenses,” as well as “prevention of serious harm to the security of life or property.” These cameras will be placed, as planned, at entrances to communities at police discretion.

At the same time, the government is expected to vote Sunday on extending the biometric database act, and
the final decision will be put to a vote in the Knesset. On this one, both the Netanyahu and Bennett governments share responsibility, and both have been reluctant to give up this rich resource of information. This means that Israel will continue to collect fingerprints, voluntarily, until 2025, contrary to the Interior Ministry’s declarations about stopping the project.

But you knew those declarations were meaningless. They usually are. 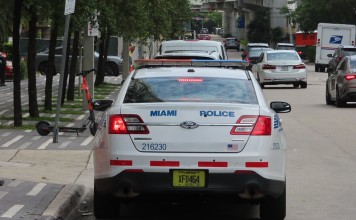 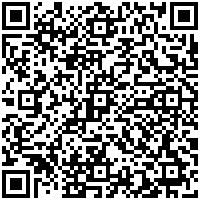