The Tel Aviv Magistrate’s Court holds an urgent hearing Monday morning on a request by the attorneys of five of the suspects in the Bezeq-Walla affair (file 4,000) to release their clients immediately. The request follows Channel 10’s revelations of a correspondence over the WhatsAppp application between the legal advisor for the Investigations Department of the Israel Securities Authority and Judge Ronit Poznansky-Katz, who coordinated the suspects’ remands.

Judge Ala Masarwa will hear the petitions of Nir Hefetz, Stella Handler, Eli Kamir and Shaul and Iris Elovitz, replacing Poznansky-Katz, who was sent on a forced vacation.


Judge Poznansky-Katz accompanied the Bezeq investigation since its inception, in June 2017, when the suspicions focused on securities offenses. She approved al the Security Authority and police arrest requests since the wave of arrests had begun last week. Last Thursday she remanded six suspects to prison until Monday.

In the electronic correspondence that was revealed by Channel 10, the investigator, attorney Eran Shaham-Shavit, wrote the judge: “At least the good news is that Or (Elovitch) and Amikam (Shorer) will be released tomorrow under preconditions. Look surprised.”

In response, the judge wrote: “I am starting to work on an appropriate expression of complete surprise.”

Shaham then wrote to the judge: “Stella [Handler] and Iris [Elovitch] – we’ll ask for a few days’ [remand] tomorrow. We’ll ask for 3, you certainly can but give two days.”

The judge wrote in response: “You continue to tell me everything and I will be forced to look really surprised.”

Then she wrote: “So maybe the outline we thought about is not so far from reality.”

Shaham-Shavit responded: “It cost me blood, they almost beat me or arrested me at Lahav [433, the police anti corruption and organized crime unit].”

Following the Channel 10 revelations, the president of the Tel Aviv Magistrate’s Court announced that Poznansky-Katz had been placed on temporary leave and would not try cases. Justice Minister Ayelet Shaked and Supreme Court President Esther Hayut contacted the Ombudsman for complaints against judges to launch an inquiry of her behavior. The Justice Ministry announced that Shaham-Shavit was also put on leave and that a disciplinary investigation would be launched against him as well.

The suspects’ attorneys wrote the court that the revelations of collusion between the investigator and the judge speak for themselves and their clients’ had been placed under an illegal arrest.

Despite the evidence of collusion, police are expected to ask for a seven-day remand for Elovitz and Hefetz.

Police Round Up Communications Heavies in Netanyahu’s Next Corruption Probe 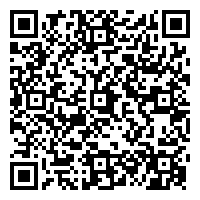