On Sunday evening, Channel 11 News reported that Prime Minister Netanyahu had referred to Feiglin’s Zehut party in a behind closed doors conversation, saying the latter is taking one seat from the Likud and another from Naftali Bennett and Ayelet Shaked’s New Right party.

Netanyahu says he is very concerned about the possibility that Feiglin would not pass the threshold, thus potentially costing the right its majority. This suggests that the prime minister considers Feiglin an integral part of the right-wing bloc – but that’s not necessarily so. The fact is Feiglin could get into the Knesset and still challenge Netanyahu’s majority. To date the latest surprise of Israel’s politics has avoided declaring his allegiance to either side. For what it’s worth, Feiglin has declared both Netanyahu and Gantz a strategic catastrophe.


In the meantime, only three weeks after the union between Benny Gantz and Yair Lapid, there already appear some cracks in the walls of their honeymoon suite. This is due to everyone’s understandable concern over the gradual decline of the Blue and White party in the polls. In a recent strategy meeting, Lapid’s people told Gantz’s people that the current campaign is “neither sharp nor effective.” To which Gantz’s people replied that “the campaign was working fine until you’ve arrived.”

In elections, as you know, if you are being attacked it means you’re doing something right, and if you are attacked with unrestrained ferocity and hate, as Ha’aretz newspaper did against Moshe Feiglin on Sunday – the sky is your limit.

Under the misleading title, “Not just legalization: Feiglin wants to conquer the West Bank and move the Knesset to the Temple Mount vicinity,” Haaretz presents its readers with a version of the Zehut party’s platform that’s reminiscent of dystopian films starring Mel Gibson:

“Feiglin completely denies the possibility of reaching a peace agreement,” Haaretz declares, adding, “According to the platform, ‘Peace can not be defined as a state’s goal. The definition of peace as the goal led to the occupation of Czechoslovakia by Nazi Germany and enabled Nazi Germany to launch a world war.”

Of course, Haaretz, well honed in the art of the partial quote, omits the point made in the Zehut platform intro regarding that Nazi Germany quote: “Peace exists only if neither side thinks it’s not in their best interest to fight. When World War I began, all of Europe was crisscrossed with peace treaties. We have no reason to assume that our peace agreements will be more stable than those.”

Using the unmistakable language of Israel’s peace religion, Haaretz declares: “The Zehut platform denies not only the possibility of reaching peace, but also the very existence of a Palestinian people (ah, the humanity… DI). ‘There is no Palestinian problem in the territories of the Land of Israel where there is an Arab sovereign … Should Israel disappear from the map one day, God forbid, then Palestinian nationalism would disappear as well … There is no truly Palestinian nationalism. There is an Arab nation that does not accept the very existence of Jewish sovereignty in any part of the Land of Israel.”

Presumably, to the average Haaraetz readers (and there are fewer of those each day), the above heretical dogma is enough to burn those Feiglenists at the stake…

Haaretz is also deeply concerned with the pragmatic proposals of the Feiglin platform for the treatment of the Arabs of Israel following the revocation of the Oslo Accords: “Zehut offers in its platform a five-stage political plan that includes granting a special status without voting rights to ‘goyim’ who will agree to declare allegiance to the State of Israel, alongside an “immigration basket” (a reference to the Aliyah basket offered to incoming Jews) to Palestinians who refuse [such a declaration] (clarifying that ‘Israel’s enemies’ would be killed or deported).”

Even when the quotes offered by Haaretz from the Zehut platform are accurate, the newspaper chooses to dedicate most of the article to the solutions the platform offers to the dispute with the Arabs over the land, and push to the bottom of the article the party’s liberal ideas and the aspiration to individual freedoms against the oppressive centralization of Israel’s state system.

In other words, they lie and distort reality even when any Israeli voter could download the platform and see for themselves – which is a measure of their fear (incidentally, the platform, as a book, has been a shelf-clearing bestseller in the country’s bookstores for weeks).

“Look who attacks me and who runs venomous campaigns against me, and you will understand where our votes come from – from the New Right and from Meretz,” Feiglin told Maariv on Monday. “Intelligent people recognize very quickly that we are presenting a serious platform that respects the voter. We offer young people personal freedom, national identity and separation of religion and state; a state with a truly free market, the privatization of lands held by the Israel Lands Authority, and a real solution to the cost of living and housing crises, in order to return to the young people their country.”

Which means that the old establishment is well ensconced both on the right and on the left, and Feiglin is threatening both. 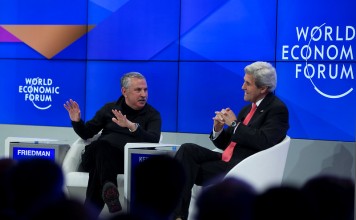 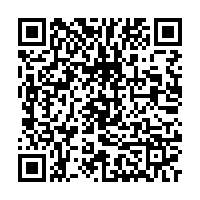