The headline of the mailer, which was obtained and first reported by VICE News, states “Can We Trust Antone Melton-Meaux’s Money?”

The mailer echoes the anti-Semitic trope of Jews being wealthy and influencing elections and politics.

When asked by VICE News if the congresswoman personally approved the mailer, Omar’s advisers declined to comment on the record.

“Our campaign is supported by a grassroots coalition of people of all faiths, background and ethnicities,” said Omar spokesman Isaiah Breen in a statement to VICE News. “Right-wing donors are going on the record explicitly declaring their hate for Ilhan and desire to unseat her, using overtly xenophobic language. But we will continue to build an inclusive movement fighting for an America where everyone has their basic rights protected.”

JNS has reached out to Melton-Meaux’s campaign for comment. Melton-Meaux is one of four candidates challenging Omar in an Aug. 11 primary for Minnesota’s 5th Congressional District.

Since entering Congress in 2019, Omar has perpetuated anti-Semitic tropes on social media that has been criticized by Jewish, pro-Israel and other organizations, as well as members of Congress. She also introduced a resolution in Congress that promotes boycotts of Israel, likening them to boycotts of Nazi Germany.

The following month, she pointed fingers at her “Jewish colleagues” for attacking her Tlaib for labeling their criticisms as anti-Israel because of the Muslim faith of the two congresswomen, in addition to slamming her critics regarding “the political influence in this country that says it is OK to push for allegiance to a foreign country.”

This led to the passing of a House resolution condemning anti-Semitism and other forms of hatred, though it did not call out Omar by name. 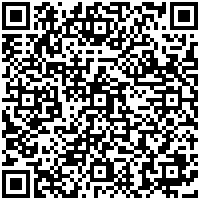