Over the last few decades, the divide between the two major political parties in the United States has deepened. Studies of Congressional voting patterns show that politicians take increasingly polarized positions, and that those positions drift farther and farther apart over time. Not voters, though. Since the 1960s, voters have stayed in the middle, usually preferring centrist or moderate positions to the extremes.

“Most people are still quite moderate on issue positions,” says Vicky Chuqiao Yang, an Omidyar Fellow at the Santa Fe Institute. This contrast gives rise to a paradox: If voters gravitate toward the center of the political spectrum, why are the parties drifting farther apart? Political scientists have long sought theoretical models that accurately show how individual voting behavior shapes party positions.


This week in SIAM Review (Why Are U.S. Parties So Polarized? A “Satisficing” Dynamical Model), Yang and her collaborators introduce a new model that accurately describes why politicians become more polarized even as their constituents remain steadfast in the middle. When the researchers tested the model on 150 years’ worth of Congressional voting data in the United States, they found that it accurately represented real-world shifts in patterns over time.

Notably, the new model is guided by the idea of “satisficing,” which assumes people will settle for a candidate who is “good enough”, rather than always voting for the best one. That assumption makes a huge difference, says Yang. “Satisficing is a more reasonable description of people’s behavior when it comes to voting,” she says.

She points to a model, introduced in the 1950s by economist Anthony Downs, which is popular because of its simplicity but which fails to match empirical data. The Downsian model assumes that everyone votes, and that voters choose the candidate who is ideologically closest to their opinions. That assumption seems logical enough, says Yang. However, the model predicts that political parties should drift toward the center of the political spectrum over time in order to capture the most votes, but that’s the opposite of how U.S. politics have changed.

Test runs of the model showed how sticking to party lines can produce a winning strategy. The researchers found that political parties increased their likelihood of winning votes when they established themselves, ideologically, farther from the middle of the spectrum. Yang says the model may also help explain why people want to identify with divided political groups, even though studies show that parties usually don’t accurately represent all the opinions of its members.

The new work shows that satisficing voting behavior is one mechanism that can widen the divide in the current political climate, but Yang cautions that the model doesn’t capture the whole story. “In reality, there are many things confounding together, and the answer is never that simple,” she says. 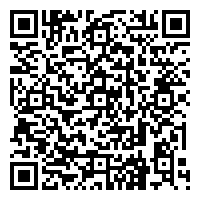