Back in 1977, when the Labor party had been removed from power after 19 years of continuous rule, Yitzhak Ben-Aharon, the illustrious secretary of the Histadrut labor union said he did not respect the people’s vote. He explained: “Because the people do not understand what they have done and will some day regret it.”

One wonders if Tzipi Livni, as she is preparing to terminate her chapter in Israel’s book of political history, contemplates a similar notion. Having been on the wrong—or at least exceptionally unpopular—side of so many issues, which culminated in such a string of celebrated failures – is Tzipi Livni still secretly petitioning the divine authorities for a more ideologically correct nation?

Be that as it may, Israeli media on Monday afternoon are expecting the Movement’s chairwoman Tzipi Livni to announce the end of her political career. Livni made the decision not to run in the April 9 Knesset elections due to her dismal showing in the polls, where she continues to fall below the 3.25% threshold. In recent days, Livni has been negotiating with other parties for a mercy spot, but after no lifesaver had been thrown overboard, she made the decision to go home, to avoid taking votes from like-minded left-wing runners.

Her political hangman was Labor’s new chairman Avi Gabai, but hangmen only carry out the wishes of the people, and in this case, Livni has been due for some time. If you ask most Israelis, they may agree or disagree with some of her positions, but they would point out her most distinguishing failure: zero loyalty.

Tzipi Livni could teach Hillary Clinton a thing or two about carpetbagging: from 1999–2005 she was part of the Likud party, where she served as Minister of Regional Co-operation, Agriculture, Immigrant Absorption, and finally Justice, where she probably caused the most damage to the right.

From 2005–2012 she was in Kadima, having followed then PM Ariel Sharon after the latter had been unable to persuade Likud members to expel some 8,000 Jews from their homes in the Gaza Strip. After Sharon fell into a coma and his successor Ehud Olmert resigned in disgrace, Tzipi led the party to a numeric election victory, following which Likud leader Benjamin Netanyahu took her lunch money.

From 2012–2015 she founded the Tzipi Livni Movement. She entered the Netanyahu coalition government as Justice Minister and was in charge of peace negotiations with the PA, under the sure guidance of Obama’s Secretary of State John Kerry. The peace talks broke, although Livni tried to continue them behind the PM’s back. Eventually, troubled by both Livni’s and Yair Lapid’s attempts to launch a coup against him, Netanyahu dispersed the Knesset and went to new elections.

From 2015-2019 she joined the Labor party to form the Zionist Camp, which ended up a success – they took in 24 seats together. But as is usually the case when Livni makes it at the voting booths – Netanyahu makes better. Bibi continued at the helm, while Livni was relegated to the opposition benches. She continued to meddle, especially against what used to be Labor’s great hope, Avi Gabai, until he fired her on live TV. She walked out on the verge of tears.

Assuming she’s not coming back – which no one should – Tzipi Livni will go down in history as the politician who always managed to wrest defeat from the jaws of success. In a manner reminiscent of her latter day mentor, Shimon Peres, she never really won. 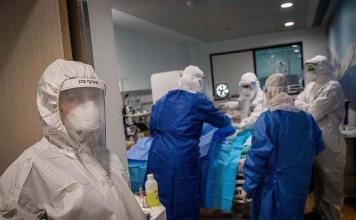 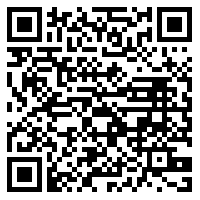